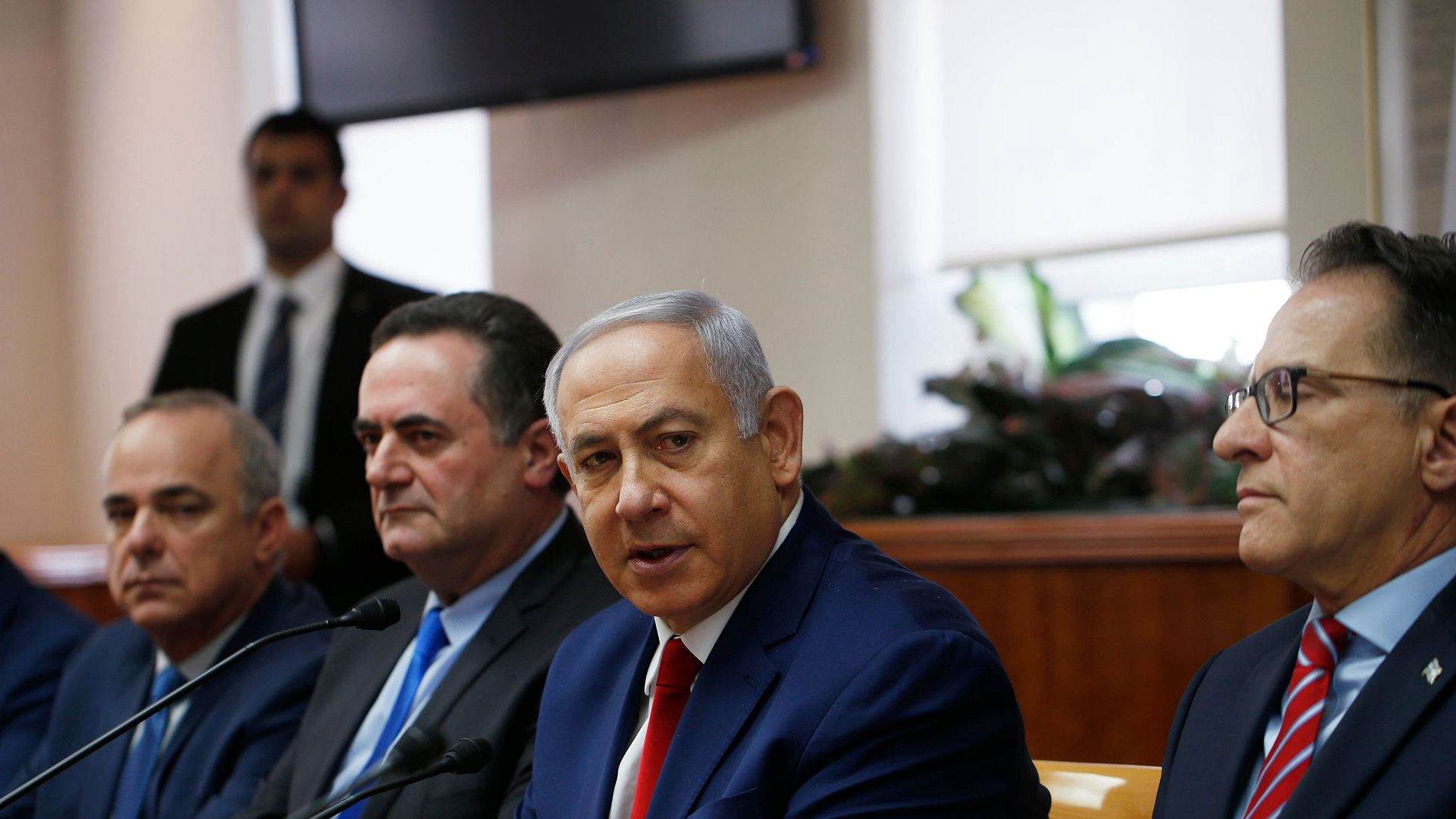 Israel will hold a general election in April, a spokesman for Prime Minister Benjamin Netanyahu said on Twitter Monday, after a meeting between members of his governing coalition.

"The leaders of the coalition decided unanimously to dissolve parliament and go to a new election in early April," the spokesman said, quoting a statement issued by Netanyahu's political partners.

The decision was made due to the coalition crisis triggered by a military conscription bill affecting exemptions from compulsory service for ultra-Orthodox Jewish men.

Under Israeli law, a national election has to be held by November 2019. Therefore, Netanyahu's government would remain in place until a new one is sworn in, after the April poll.

Netanyahu, the 69-year-old Israeli leader is now under a corruption investigation but remains unindicted so far.

He has denied any wrongdoing in the cases and has given no indication he will step down if charged. No immediate comment has been made after his meeting with the coalition leaders.

Despite the scandal, recent opinion polls have shown his popularity remains strong among Israelis. No one in Netanyahu's Likud has made a public challenge against him, and the party is expected to close ranks around him in the coming election.

Outside Likud, Yair Lapid, head of the centrist Yesh Atid opposition party, is seen as the strongest candidate to succeed Netanyahu in any upset. Lapid's party is second to Likud in opinion polls.

Israel's former army chief, Benny Gantz, is seen as a dovish potential candidate who could tip the balance in favor of a center-left bloc, but has not yet thrown his hat in the ring.

On the right, Lieberman and Naftali Bennett, head of the Jewish Home party, could both seek to lead a right-wing bloc if Likud emerges in a weaker position in an election.

Netanyahu, now in his fourth term as prime minister, has been governing with a razor-thin majority of 61 seats in the 120-member parliament. He first led Israel from 1996 to 1999, and returned in 2009. His current government has been in power since May 2015.