Israel's Netanyahu calls for direct election for PM amid deadlock 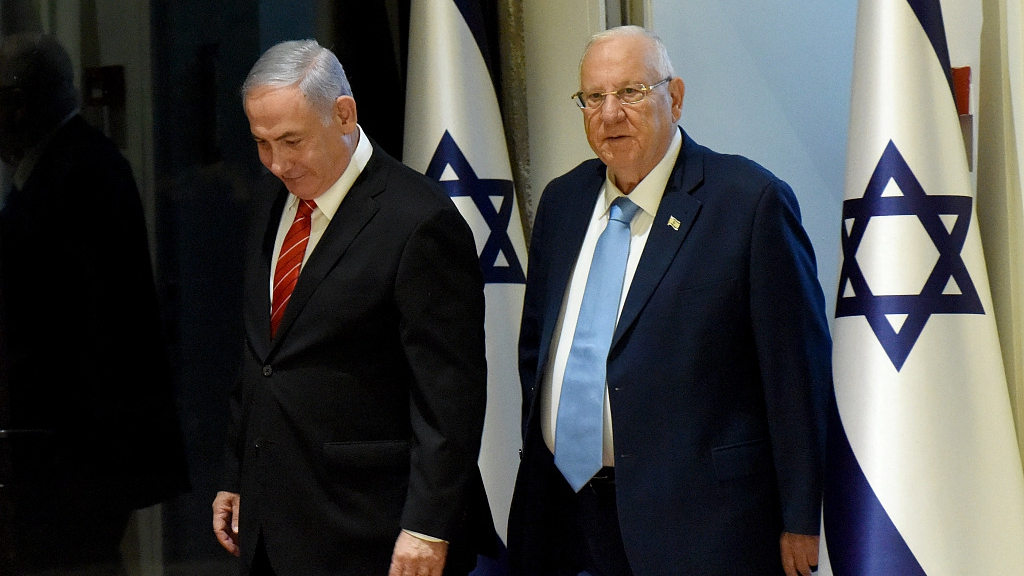 Israeli Prime Minister Benjamin Netanyahu called on Sunday for a head-to-head runoff vote between him and his main rival Benny Gantz, as a political stalemate threatens to dissolve the parliament.

The Israeli parliament, or Knesset, has until Wednesday at midnight to establish a governing coalition or be dissolved.Both Netanyahu's right-wing Likud party and Gantz's centrist Blue and White party has been unable to form a coalition.

Speaking during a public conference in Jerusalem, Netanyahu said that Israel should hold "rapid elections for the direct election of the prime minister."

"This will save us many months for the new elections for the Knesset and lots of money," he said.

"Let the people decide who will be the next prime minister," he said, adding that "exceptional situations require extraordinary solutions."

Blue and White party dismissed the proposal, saying in a statement that the party is "engaged in efforts to avoid costly and unnecessary elections, and not with empty spin aimed at bringing back an election method that has shattered the governance and political system in this country in the past and resulted in complete failure."

Israel has an electoral system with elections based on votes for parties, not for specific candidates. The party that wins the largest number of votes gets to form a government.

However, in the last two rounds of elections which held in April and September, no party gained enough votes to establish a governing coalition.

The post-election political deadlock means that if lawmakers fail to agree on a coalition government in the next three days, the Knesset will be dissolved and the country will go for its third round of elections in less than a year.