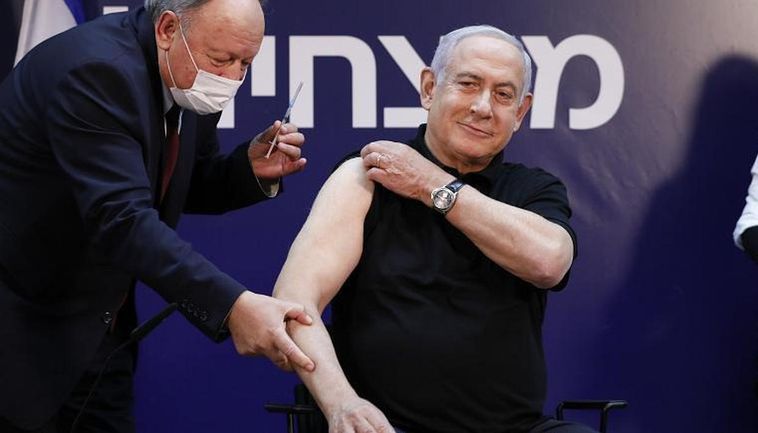 Netanyahu is the first Israeli to receive both doses of the vaccine, weeks after a major roll-out of the vaccinations began in the country.

Over 1 million Israelis have been inoculated with the first dose of the vaccination, almost a tenth of the population. Priority has been given to people over the age of 60 and medical staff.

A delivery of millions more doses is expected next week, according to Netanyahu, who gave a statement at the hospital before being vaccinated.

"This will allow us to inoculate all Israeli citizens above the age of 16... by the end of March (2021)," said the Israeli premier.

Simultaneous to the massive vaccination drive, Israel has entered its third strict lockdown to curb the virus spread. Enditem