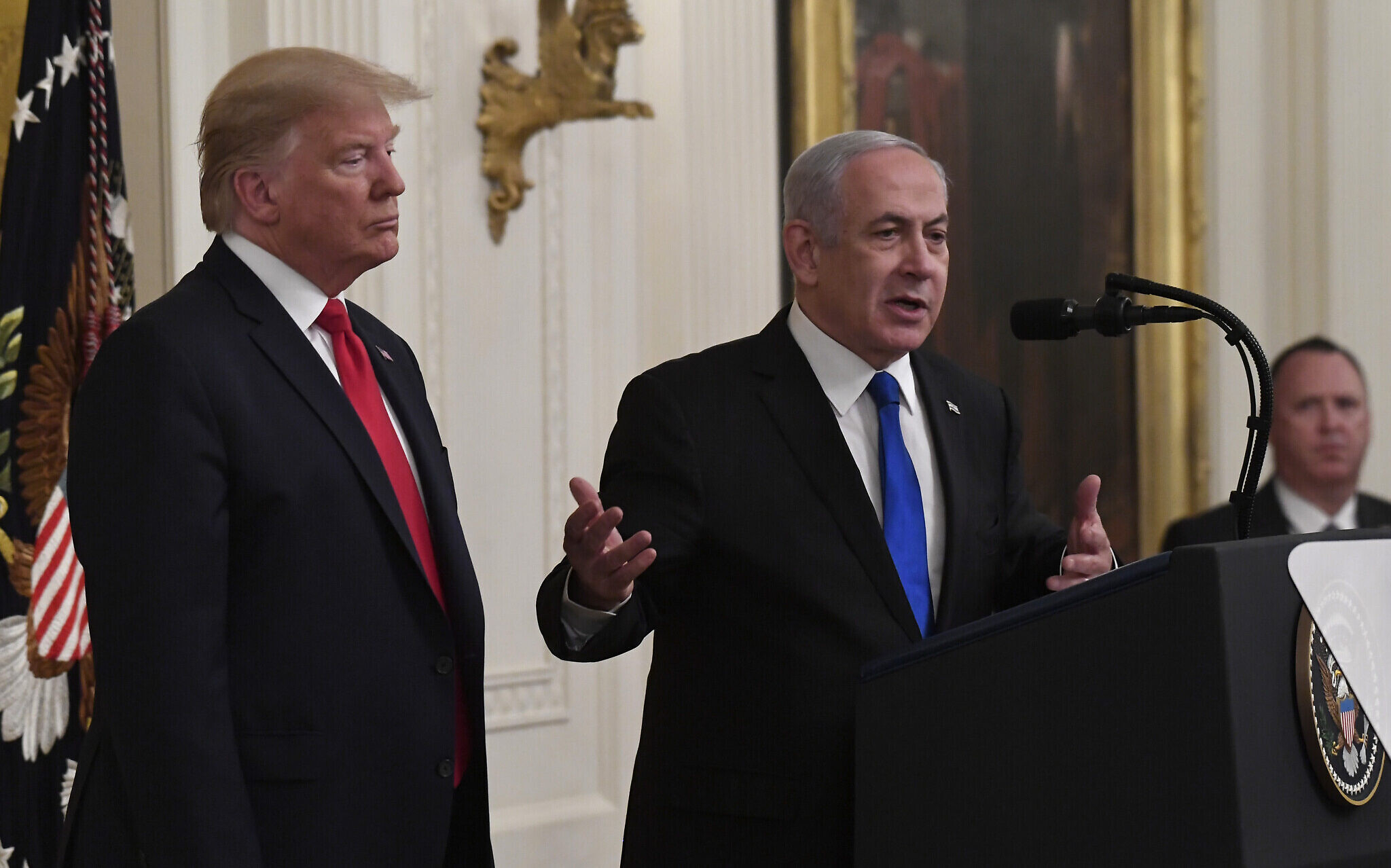 US President Donald Trump (L) listens as Prime Minister Benjamin Netanyahu speaks during an event in the East Room of the White House in Washington, January 28, 2020. (Photo: AP)

A day ahead of Israel's third election in a year, Prime Minister Benjamin Netanyahu pledged on Sunday that if re-elected, he would annex swathes of the occupied West Bank within weeks.

In an interview with Israeli public radio, Netanyahu said annexation of the Jordan Valley and other parts of the West Bank was his top priority among "four major immediate missions."

"That will happen within weeks, two months at the most, I hope," he said in the interview aired 24 hours before polls were scheduled to open.

"The joint US-Israeli mapping committee started work a week ago."

US President Donald Trump's widely criticized Middle East peace plan, unveiled in late January, gave the Jewish state a green light to annex the area and proposed a committee to set out the exact borders of the territory to be annexed.

Netanyahu listed his other priorities as signing a "historic" defense treaty with the United States, Israel's key ally, and "eradicating the Iranian threat," without elaborating on his plan for Tehran.

He has repeatedly pledged to stop the Islamic republic from developing a nuclear weapon and has not ruled out the use of force.

He has also acted to roll back Iranian and allied forces active in neighboring Syria.

Israel routinely fires missiles at what it says are Iranian targets in Syria, where elite Iranian forces and allied militia play a key role in the country's conflict.

Netanyahu on Sunday said that his fourth "immediate" goal if he wins another term – despite facing trial on multiple corruption charges – would be major economic reform to bring down Israel's high cost of living.

After inconclusive elections in April and September, the latest opinion polls put the right-wing Netanyahu and his centrist rival Benny Gantz neck and neck in Monday's vote.