Israel's Prime Minister Benjamin Netanyahu on Sunday threatened to inflict "very strong blows" on Hamas after fresh violence along the border with the Gaza Strip controlled by the Islamist group. 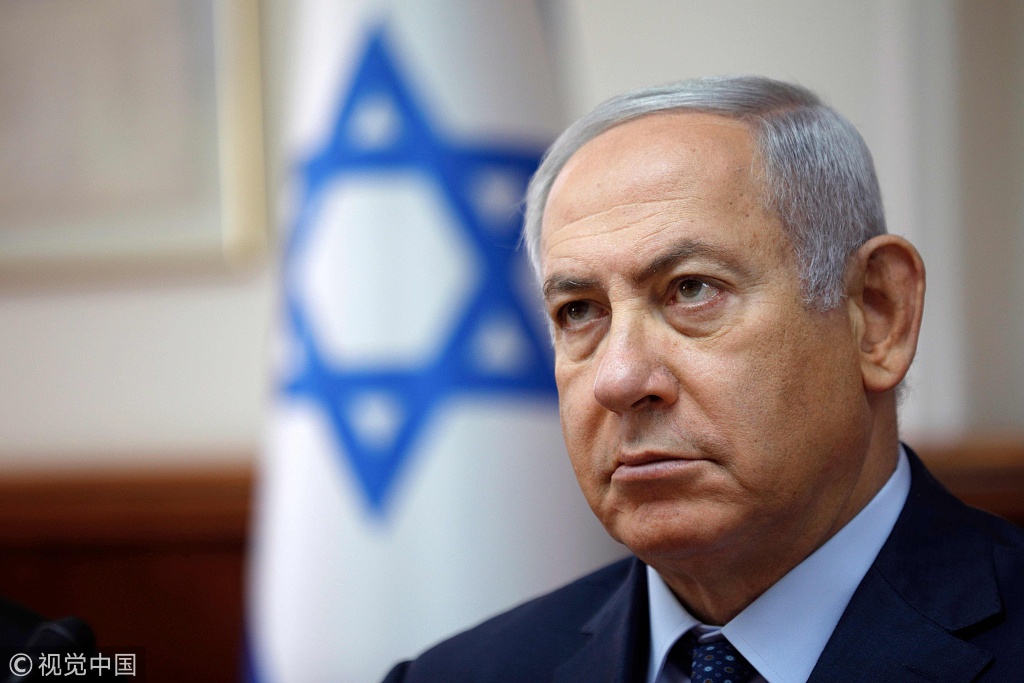 "Hamas has apparently not understood the message -- if these attacks do not stop, they will be stopped in another way, in the form of very, very strong blows", Netanyahu said during the weekly cabinet meeting.

"We are very close to another type of action which would include very strong blows. If Hamas is intelligent, it will cease fire and violence now", he added.

Later in the day, the army said an aircraft fired at "a terrorist squad" that was "launching arson balloons" into Israel from northern Gaza.

There were no immediate Palestinian reports of casualties.

Meanwhile on Sunday, the Israeli military chief of staff Gadi Eizenkot began a visit to the United States, the army said, during which he would attend the annual conference for Chiefs of Defense.

Israel on Friday suspended fuel deliveries to the Gaza Strip, after fresh protests along the border that saw seven Palestinians killed by Israeli troops.

The suspension came days after fuel supplies had begun running to the enclave, in a fresh bid to ease an Israeli blockade that has lasted more than 10 years.

A UN-brokered deal had seen Qatar, a longtime Hamas backer, pledge to pay $60 million (52 million euros) for fuel to be brought into Gaza over six months to supply the strip's sole power plant.

On Saturday, Israel's Defence Minister Avigdor Lieberman said fuel deliveries would only resume if there was a "total cessation of violence, the launching of incendiary ballons (from Gaza towards Israel) and the use of burning tyres against Israeli towns" near the enclave.

Hamas has organised months of often-violent border protests, with at least 205 Palestinians and one Israeli killed since March 30.

The protesters are demanding to be allowed to return to land now inside Israel, from which their families fled or were displaced during the 1948 war surrounding the creation of the Jewish state.

Israel accuses Hamas of using the protests as a cover for attacks.