WORLD Israel's Netanyahu visits US ahead of election

Israel's Netanyahu visits US ahead of election 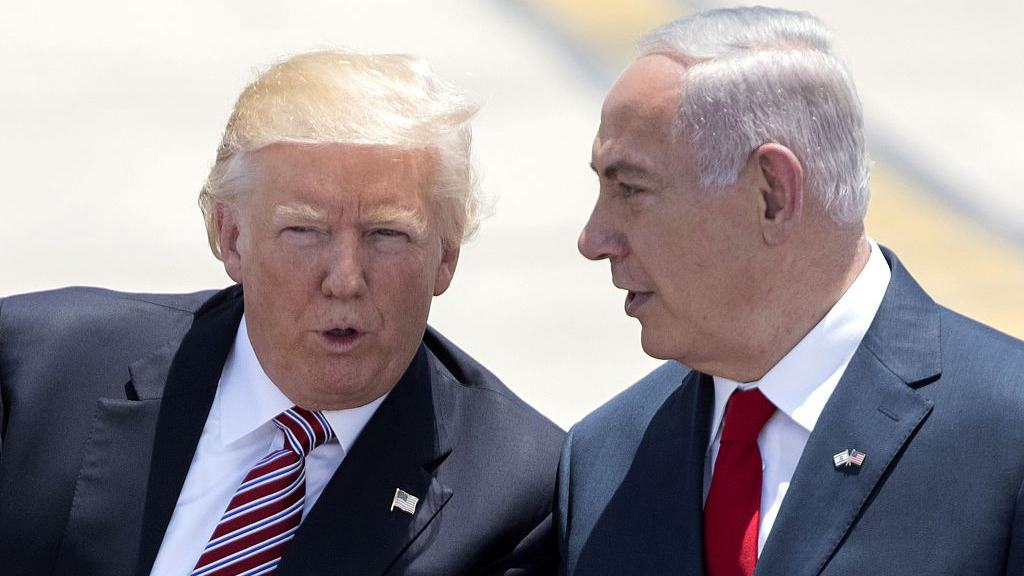 With Israel's election just two weeks away, Benjamin Netanyahu will get to showcase his close ties with Donald Trump in a U.S. visit just days after the president backed Israel's hold over the occupied Golan Heights.

The prime minister's White House meeting with Trump on Monday could be overshadowed in the United States by the expected release of a confidential report into a probe of the alleged Russian meddling in the 2016 U.S. election.

But Netanyahu, facing possible indictment in three corruption cases and denying any wrongdoing, will play to a domestic audience in highlighting what he hails as the strongest bond ever between an Israeli leader and an American president.

Netanyahu can expect a warm reception from his U.S. counterpart Trump.

Trump on Thursday announced that the time had come to recognize Israeli sovereignty over the Golan Heights, strategic territory that Israel seized from Syria in the 1967 Middle East war.

The president's move was widely seen in Israel as an attempt to provide an election boost to the right-wing Netanyahu, who had pressed for yet another departure from long-standing U.S. policy in one of the world's most volatile regions.

Trump had already recognized Jerusalem as Israel's capital in 2017 and moved the American embassy to the holy city from Tel Aviv last May.

Timeline: How the status of Jerusalem has changed?

Those steps angered Palestinians, who want East Jerusalem, also captured by Israel in 1967, as the capital of a state in the occupied West Bank and Gaza. It also set them firmly against a peace plan Washington says it will present after the Israeli ballot.

"We have never had such a bond between the prime minister of Israel and an American president," Netanyahu told reporters upon his departure from Tel Aviv.

Before arriving in Washington on Sunday, Netanyahu said he would speak to Trump "about his historic declaration" on the Golan and "continued pressure on Iran" following the U.S. withdrawal from the 2015 nuclear deal between world powers and Tehran that had relaxed sanctions on Israel's arch-foe.

Netanyahu will also address the pro-Israel lobbying group, AIPAC, at its annual convention in Washington, as will his main challenger in the election, former military chief Benny Gantz who heads a centrist party.

The prime minister said he will meet leaders of Congress during the visit. Netanyahu's relations with the Democrats have been strained by his support for Trump, friction with the Democratic party's progressive wing and his thorny relationship with Barack Obama.

The political newcomer has called for clean governance, building on the attorney-general's announcement in February that he intends to indict Netanyahu on bribery and fraud charges, pending a hearing after the April 9 vote.