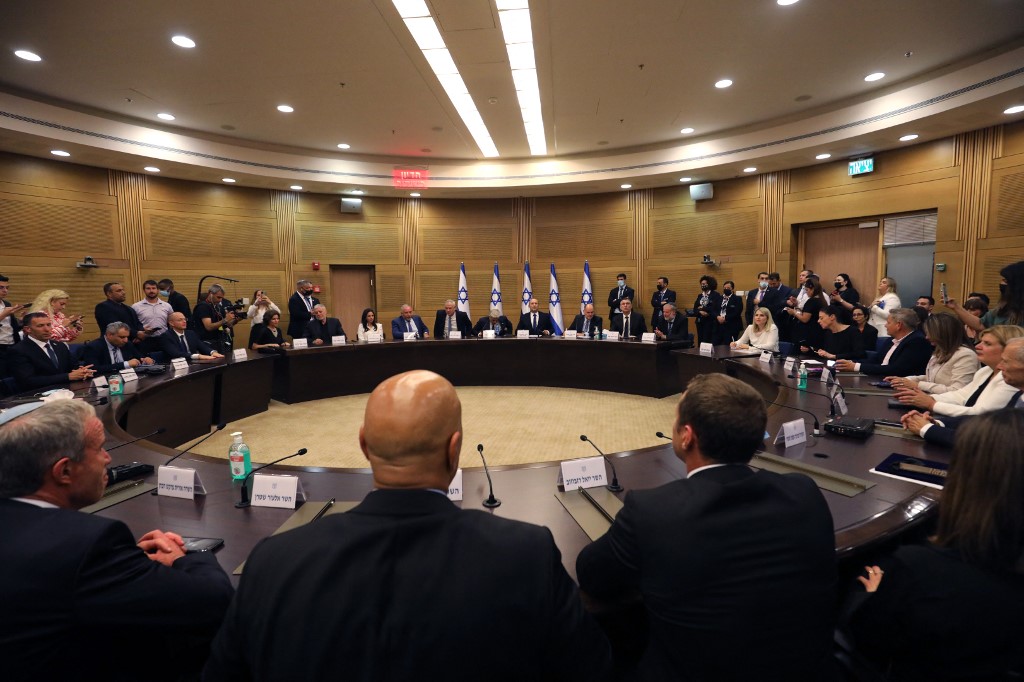 Members of Israel's new cabinet led by Naftali Bennett, Yair Lapid, Benny Gantz, Avigdor Lieberman, and others attend their first meeting at the Knesset in Jerusalem, on June 13, 2021.(Photo: AFP)

In the vote of confidence in the parliament, or Knesset, 60 lawmakers voted in favor of the government while 59 voted against it.

The new coalition government, formed by eight parties, ends a lingering political crisis in Israel that has witnessed four elections in the past two years.