Israel's new PM vows to toughen up approaches against Hamas 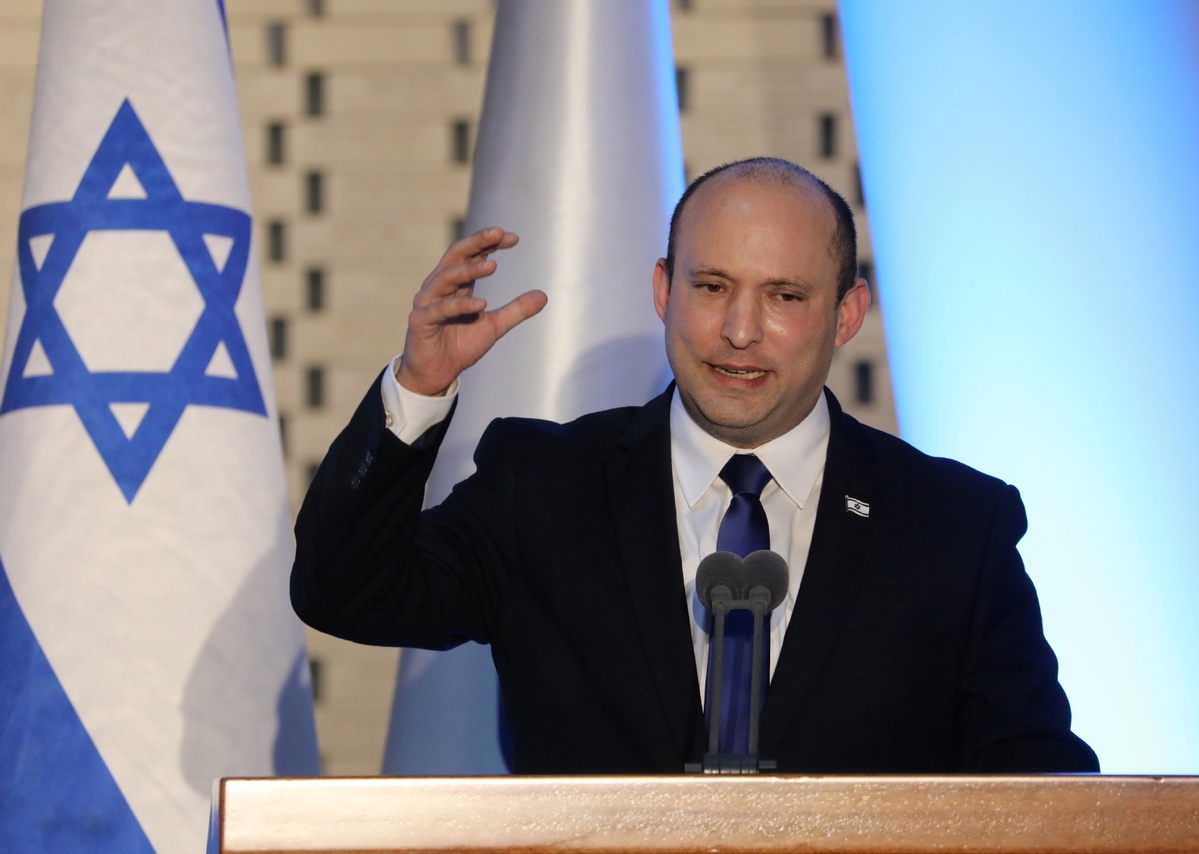 Israeli Prime Minister Naftali Bennett speaks during a memorial ceremony for soldiers who fell during Israel's 2014 military campaign in Gaza, at the Hall of Remembrance of Mount Herzl military cemetery in Jerusalem June 20, 2021. (Photo: Agencies)

Speaking at a memorial ceremony to commemorate the fallen soldiers during Israel's 2014 military campaign in Gaza, Bennett said that Israel "has lost its patience".

He said that Hamas will "have to get used to a different Israeli approach, one of initiative, decisiveness, and suspicion".

The remarks were made about a week after Bennett was sworn in as the country's new prime minister and amid renewed tensions with Gaza.

Last week, Israel carried out two separate series of airstrikes targeting Hamas sites in Gaza after incendiary balloons were sent into southern Israel amid tensions in the annexed East Jerusalem.

On May 21, a shaky ceasefire ended an 11-day war that claimed the lives of 256 Palestinians in Gaza and 13 people in Israel, according to figures by the health ministries in the Gaza Strip and Israel.