BEIRUT, Jan. 12 (Xinhua) -- The spokesperson for the United Nations Interim Forces in Lebanon (UNIFIL) Andrea Tenenti said Saturday that the construction of a cement wall by Israeli forces along Israel's borders with Lebanon in the disputed area violates UN Resolution 1701, local media reported. 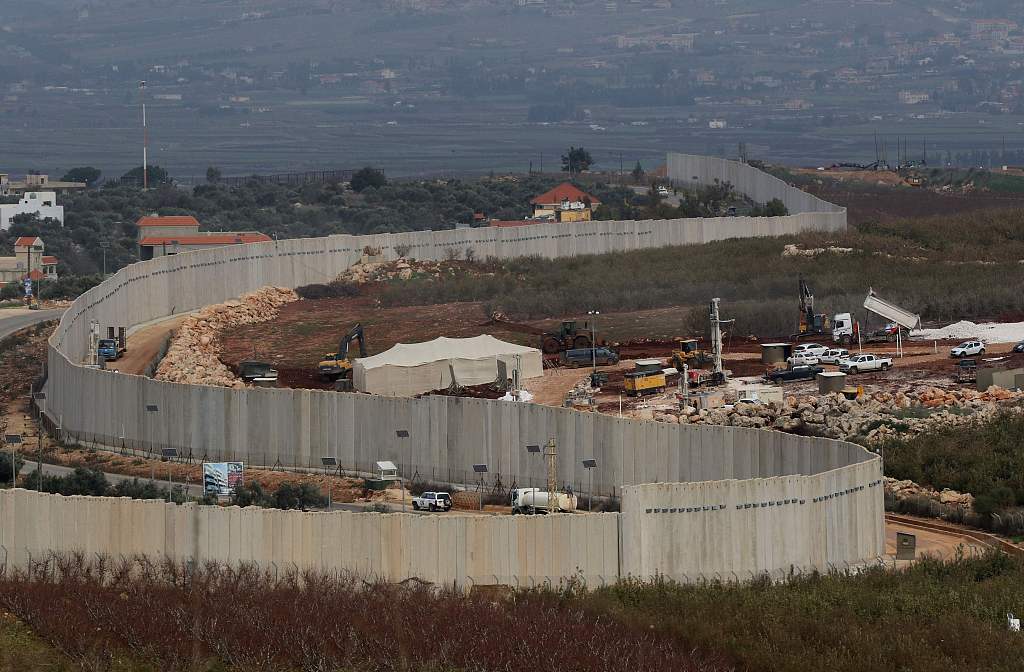 A picture taken on December 16, 2018 from the southern Lebanese village of Adaisseh shows members of the Israeli military, excavators, trailers and other vehicles operating on the Israeli side, behind the wall seperating the two countries. (Photo: VCG)

"The UNIFIL's role is to find a solution to these violations and to ensure stability in south Lebanon," Tenenti was quoted as saying by Elnashra, an online independent newspaper.

Tenenti said that the UNIFIL is cooperation with the Lebanese army to ensure proper implementation of resolution 1701 and the respect of the Blue Line.

"We are preparing regular reports on violations taking place from any party," he said.

The Higher Defense Council in Lebanon held Thursday a meeting vowing to submit a complaint to the Security Council with regard to Israel's violations of the Lebanese territory.

The meeting was held after Israel placed 25 cement blocks near the settlement of Miskaf Aam, opposite the southern Lebanese town of Adaisseh, with six blocks placed at disputed points.

The work on the cement wall continued Friday in the disputed area, with the Lebanese army and the UNIFIL deploying more soldiers and armored vehicles.