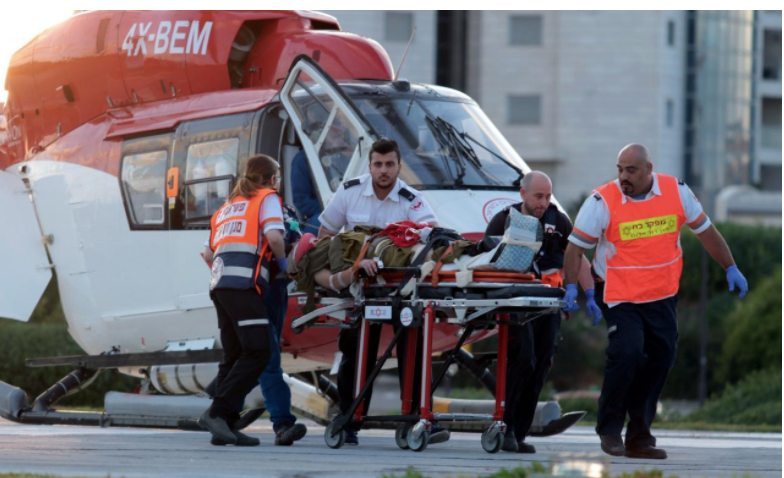 An Israeli soldier is taken off a helicopter into the emergency room in a hospital in Petah Tikva, March 16, 2018 (Photo: Reuters)

Two Israeli soldiers were killed and another two wounded in Friday’s Palestinian car-ramming attack in the occupied West Bank, the military said in a statement.

It said one of the dead was an officer and the other was a conscript.