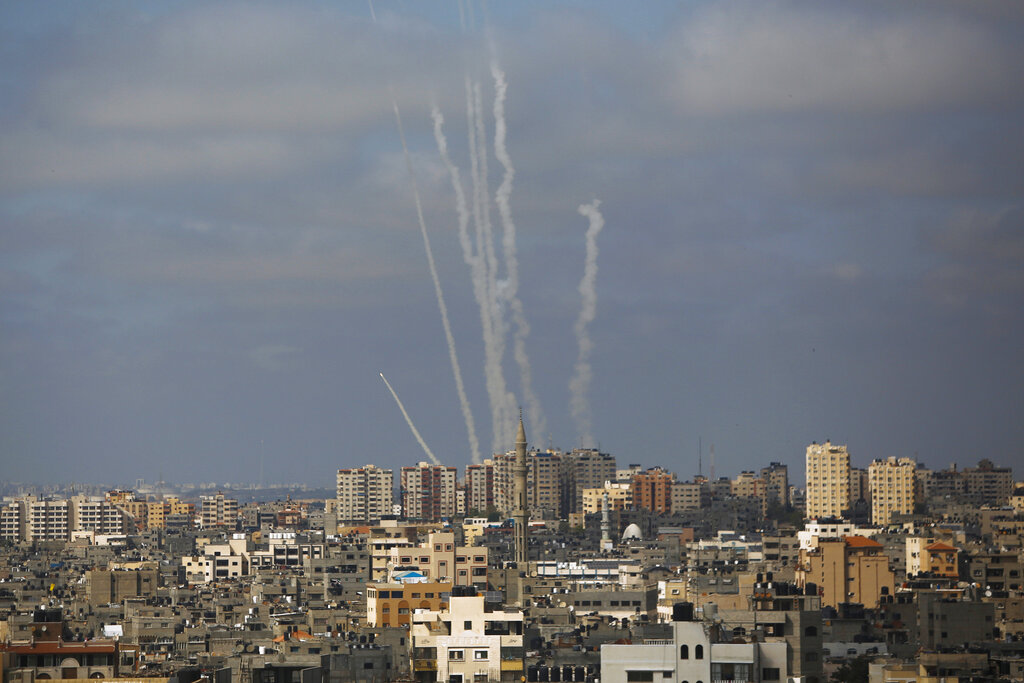 Israel's aerial defense system on Saturday night intercepted a rocket fired at the country by militants in the Gaza Strip, the Israeli army said.

The rocket triggered sirens in the city of Sderot and the regional council of Sha'ar HaNegev in southern Israel.

"One launch from the Gaza Strip has been identified and intercepted," an IsAaeli military spokesperson said in a statement.

Overnight between Friday and Saturday, Israeli war jets and attack helicopters struck a military post, a storage site and a military compound belonging to Gaza's ruler Hamas, according to the army.

The compound has been used as a concrete production plant for constructing cross-border tunnels, the army said.

The attack was "a response" to a rocket fired earlier on Friday night from Gaza at southern Israel, according to the army.

Both rockets were widely reported by Israeli media as a response to the capture on Friday and Saturday of four Palestinian prisoner escapees.

The four are among the six Palestinians who made a dramatic break out of a maximum-security jail in northern Israel on Monday, while the other two are still at large.