Israel says it can foil foreign election meddling amid scare 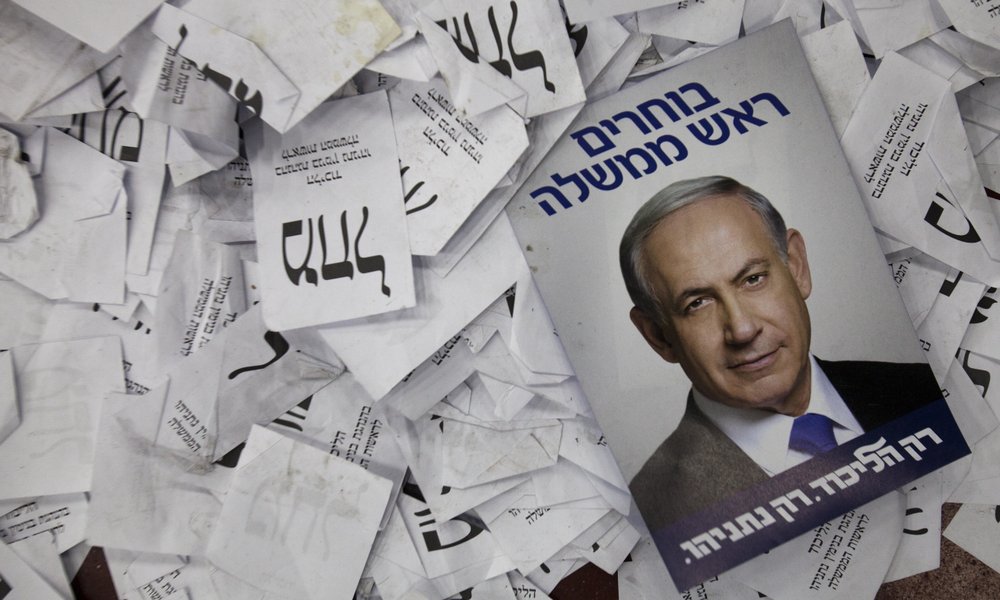 Israel’s internal security service said Wednesday it was prepared to thwart any foreign intervention in the upcoming elections, after its director warned such efforts were being made by a world power, with suspicions falling on Russia.

The unusual Shin Bet statement followed a TV report that Shin Bet chief Nadav Argaman recently told a closed audience that a foreign country was trying to intervene in the April elections via hackers and cyber technology.

“The Shin Bet would like to make clear that the state of Israel and the intelligence community have the tools and capabilities to identify, monitor and thwart foreign influence efforts, should there be any,” it said. “The Israeli defense apparatus is able to guarantee democratic and free elections are held in Israel.”

Argaman did not say for whose benefit the alleged meddling was being done. Prime Minister Benjamin Netanyahu has grown closer to Russian President Vladimir Putin in recent years. However, Netanyahu is far ahead in the polls at the moment, and does not appear to need any outside help.

Initial reports about Argaman’s comments were placed under a military gag order that was later lifted, though the naming of the country in question is still prohibited.

Even so, fingers were quickly pointed toward Russia, which is accused of trying to influence the 2016 American election in favor of Donald Trump, the Brexit campaign in the United Kingdom and other recent European elections.

“We demand that the security forces make sure Putin doesn’t steal the election for his friend, the dictator Bibi,” said Tamar Zandberg, head of the dovish Meretz party, referring to Netanyahu by his nickname.

“Russia has not interfered and has no intentions to interfere in any elections in any country in the world,” Kremlin spokesman Dmitry Peskov told reporters Wednesday.

Without addressing the report directly, Netanyahu said he was not concerned.

“Israel is ready to thwart any cyber intervention. We are ready for any scenario. There is no country better prepared,” he said.

Israel is a cyber superpower with a governmental cyber defense body. It still uses paper ballots on election day rather than digital systems, but it could still be vulnerable to other types of pre-election intervention, like hacking into party databases, spreading disinformation through social media and leaking personal and embarrassing material on the candidates, said Tehilla Shwartz Altshuler, an expert on technology policy at the non-partisan Israel Democracy Institute.

“Russia is trying throughout all the Western countries to undermine the public’s trust in liberal democracy,” she said. “There is no doubt they will try to do here what they have done in other countries.”

Some Israelis have been previously targeted by the Russian hacking group known as Fancy Bear, according to an Associated Press analysis of data supplied by cybersecurity company Secureworks.

The AP uncovered at least 20 Israel-based targets of the group, which Western governments have alleged is an extension of Russia’s military intelligence arm, often called the GRU. The Israelis, who were targeted between 2015 and 2016, include defense academics and tech workers.

The latest Israeli warning came just days after Twitter suspended an account that posted links to sensitive personal data and documents stolen by a hacker from hundreds of German public figures and politicians — from every political party but the far-right Alternative for Germany.

Election interference has been high on the international agenda ever since America’s 2016 presidential election, in which Russian hackers stole and published more than 150,000 emails from various Democratic targets in what US spymasters and senior lawmakers have described as a wide-ranging effort to help elect Trump. But evidence for a continued Russian interference campaign has been ambiguous at best.

Digital security companies found some evidence that Russian spies were targeting lawmakers ahead of the country’s midterm elections last year, but experts said that is business-as-usual in the espionage world and there was no repeat of the spectacular leaks that preceded Trump’s victory.

Shwartz Altshuler said Israel’s major systems appeared safe, but that outside companies working for various parties had the same kind of resources as those allegedly working for Russia to sow havoc in a campaign. She called for tougher laws to be passed against politically-driven cyber activity.

“We are a startup nation when it comes to technology but we are behind the curve in terms of digital legislation,” she said.