Israeli military said that it shot down a Syrian fighter jet that entered its airspace in Southern Golan. The Israeli Defense Forces announced in a tweet early Tuesday that two Patriot missiles were fired and then intercepted the fighter jet. 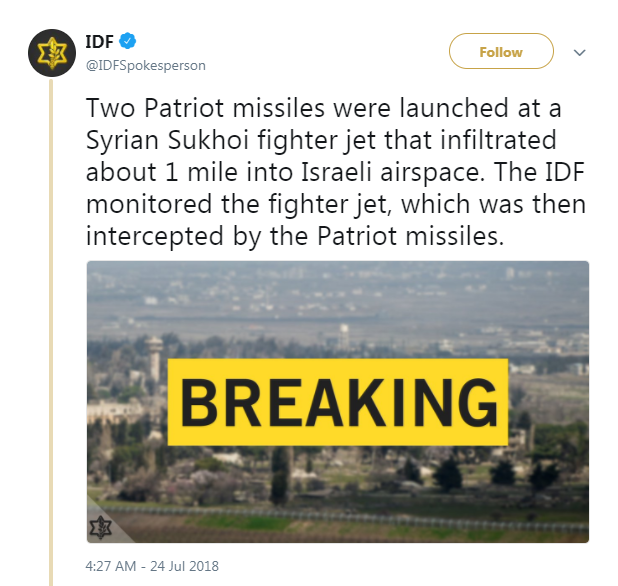 The incident came a day after Israel's Prime Minister Benjamin Netanyahu met in his Jerusalem office with a Russian delegation led by Foreign Minister Sergei Lavrov and Chief of General Staff of the Armed Forces Valery Gerasimov.