Israel lifted many of its coronavirus restrictions and started reopening its economy Sunday as the country's vaccination drive and third nationwide lockdown have started to bring down infections. 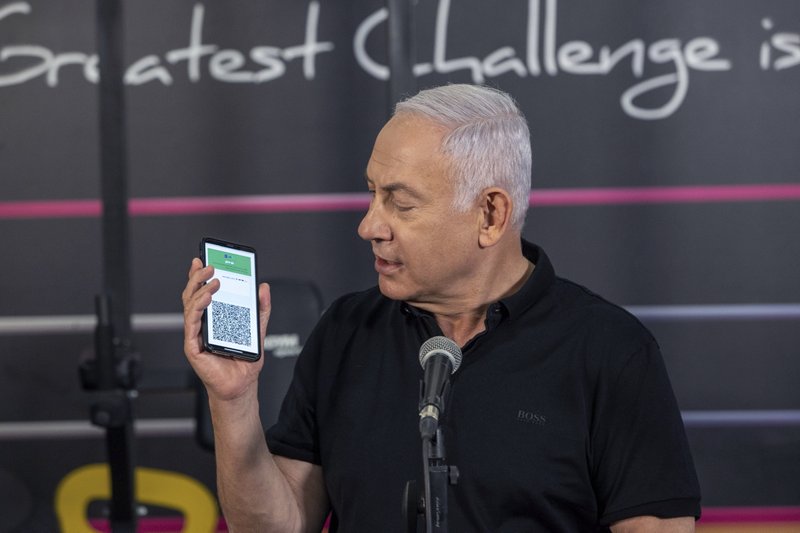 Israeli Prime Minister Benjamin Netanyahu talks to the media during a visit to the Fitness gym ahead of the re-opening of the branch in Petah Tikva, Israel, on Saturday, Feb. 20, 2021. (Photo: AP)

Most grade school and high school classes have reopened after a nearly two-month closure, along with museums, libraries, malls and markets. Some restrictions on the number of people in attendance remain in place. The entire education system is expected to return to normal operations early March.

Gyms, pools, cinemas and restaurants are opening back up for people who have received two doses of the coronavirus vaccine.

Israel unveiled its plan to allow the vaccinated to attend cultural events, fly abroad and patronize restaurants and health clubs by using a "green badge" app on Saturday ahead of the reopening of the economy. The rollout of the app has been fraught with technical difficulties.

After striking a deal with Pfizer to trade data for doses, Israel's vaccine campaign became the world's speediest in the past two months. Almost half its population of 9.3 million have received the first dose of the Pfizer/BioNTech vaccine. Nearly 3 million have gotten the second shot.

Israel has faced international criticism for largely excluding Palestinians in the West Bank and Gaza Strip from its highly successful vaccination campaign. The dispute highlights the Palestinians' reliance on Israel even as they struggle to combat the pandemic on their own. Last week, Israel facilitated the transfer of the first 2,000 doses of Russia's Sputnik V vaccine from the West Bank to the Gaza Strip.

The coronavirus is still spreading rapidly in Israel, however, and restrictions on movement and assembly have remained in place since the government imposed a countrywide lockdown in late December.

Israel has recorded at least 743,000 cases of COVID-19 and at least 5,521 deaths since the start of the pandemic last year. Its three lockdowns have paralyzed the economy and driven unemployment to over 20%.