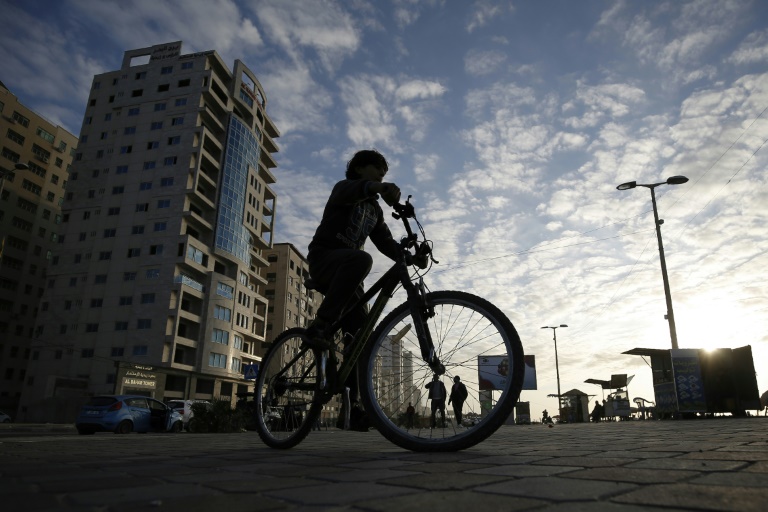 Israel justifies the Gaza blockade by the need to contain the Islamist movement Hamas. (Photo: AFP)

The Israeli air force attacked Hamas positions in the Gaza Strip on Saturday in retaliation to rocket fire from the Palestinian enclave into Israel, a military statement said.

The exchange of fire between both sides has escalated since last month after US President Donald Trump unveiled his Middle East peace plan, angrily rejected by the Palestinians as a capitulation to Israeli objectives.

"Fighter planes and helicopters have targeted positions of the terrorist organisation Hamas in central Gaza Strip," including a military post, said the Israeli military, which earlier reported two projectiles had been fired into the Jewish state from the Gaza Strip.

Following the rocket fire, Israel announced it would cancel a slight easing of the blockade on the Gaza Strip.

"The extension of the fishing zone, the restoration of 500 commercial permits and the delivery of cement have been canceled," because of the rocket fire, COGAT, the Israel defence ministry unit that oversees civilian activities in the Palestinian territories, said in a statement.

Hamas and Israel have fought three wars since 2008 but over the past year, the Islamists had gradually shaped an informal truce with Israel, under which the Jewish state has eased its crippling blockade of Gaza.

Israel justifies the blockade by the need to contain the Islamist movement Hamas -- designated a terrorist organisation by much of the West -- which has controlled the enclave since 2007.

Critics say it is collective punishment of two million people and feeds extremism.

Palestinians in Gaza have launched rockets, mortar shells and balloons rigged with explosives at southern Israel on a near-daily basis since Trump's plan was unveiled.