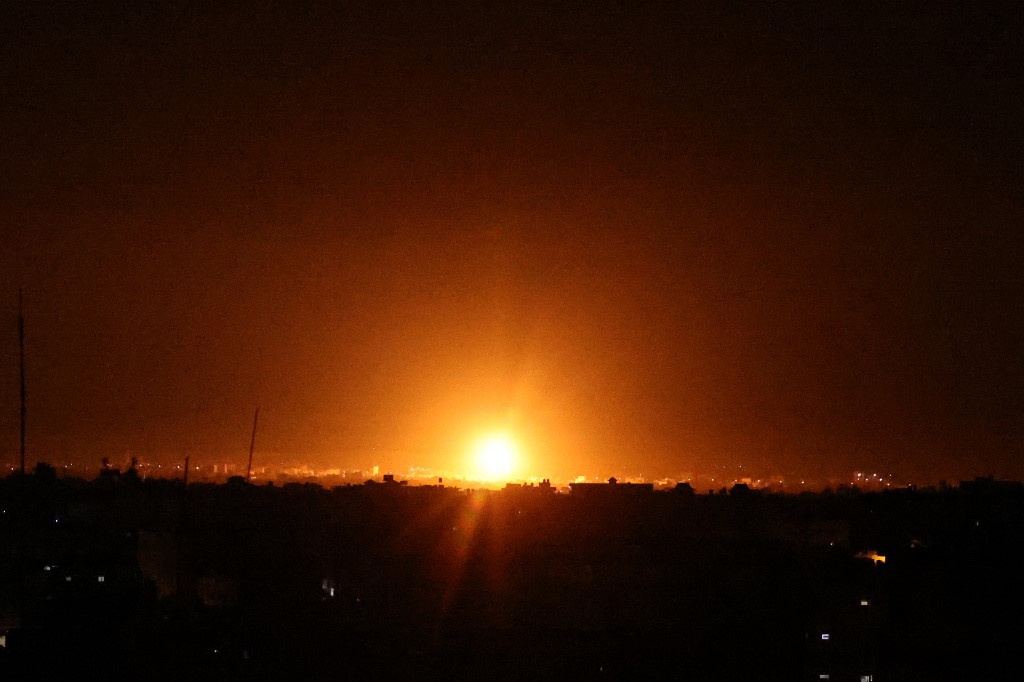 The airstrikes and balloons marked the first major flare-up between Israel and Gaza since a ceasefire on May 21 ended 11 days of heavy fighting that killed 260 Palestinians, according to Gaza authorities, and 13 people in Israel, the police and army there said.

According to Palestinian sources, Israel's air force targeted at least one site east of the southern Gaza city of Khan Younes.

An AFP photojournalist in Khan Younes saw the explosions.

The Israeli Defence Force said that in response to the "arson balloons", its "fighter jets struck military compounds belonging to the Hamas terror organisation."

It added that "facilities and meeting sites for terror operatives" in Khan Younes were targeted.

Around 1,000 apartments, offices and shops were destroyed in the latest round of fighting in May in Gaza, an impoverished enclave of two million controlled by the Hamas Islamist group.

Wednesday's strikes were Israel's first against Gaza since a new coalition government took over on Sunday night, ousting Prime Minister Benjamin Netanyahu after 12 years in power.

The incendiary balloons, which local firefighters said caused around 20 fires in southern Israel, were sent as more than a thousand ultranationalist demonstrators bearing Israeli flags poured into Jerusalem's flashpoint Old City on Tuesday.

The US and UN had called for restraint before the march, which the government of new Israeli Prime Minister Naftali Bennett had authorised.

Medics said 33 Palestinians were wounded and police said two officers were injured and 17 people were arrested.

Hamas had threatened reprisals over the march, which celebrated the anniversary of Jerusalem's "re-unification" after Israel captured east Jerusalem from Jordan in 1967 and annexed it, a move not recognised by most of the international community.