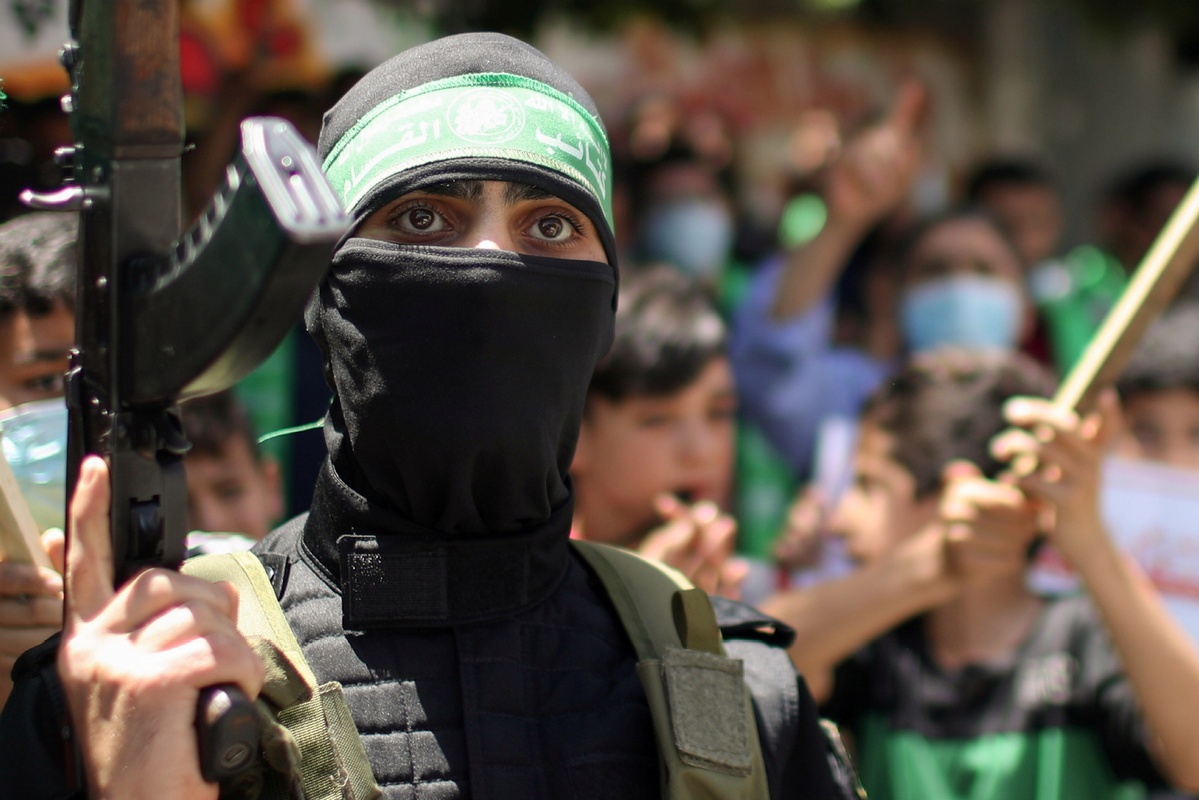 A Palestinian Hamas militant takes part in a protest over the possible eviction of several Palestinian families from homes on land claimed by Jewish settlers in the Jerusalem's Sheikh Jarrah neighbourhood, in the northern Gaza Strip May 7, 2021. (Photo: Agencies)

The strike was "a response" to a rocket fired earlier towards southern Israel, the spokesperson said. There were no reports of injuries or damage.

The fire came amid renewed tensions between Israel and the Palestinians sparked by the threatened eviction of dozens of Palestinians from their homes in east Jerusalem.

On Saturday, protestors in Gaza sent into southern Israel balloons attached with incendiary materials that caused dozens of fires.

Meanwhile, the Israeli military boosted its forces in the West Bank with additional combat troops and added anti-rocket Iron Dome batteries in the area near Gaza. The move was made "in accordance with the ongoing situational assessment," the military said in a statement.

Israel seized the West Bank, East Jerusalem, and Gaza Strip in the 1967 Middle East war. It annexed East Jerusalem shortly after the war.

The issue of East Jerusalem is one of the most sensitive issues for the Palestinians, who wanted it to be the capital of their future independent Palestinian state.