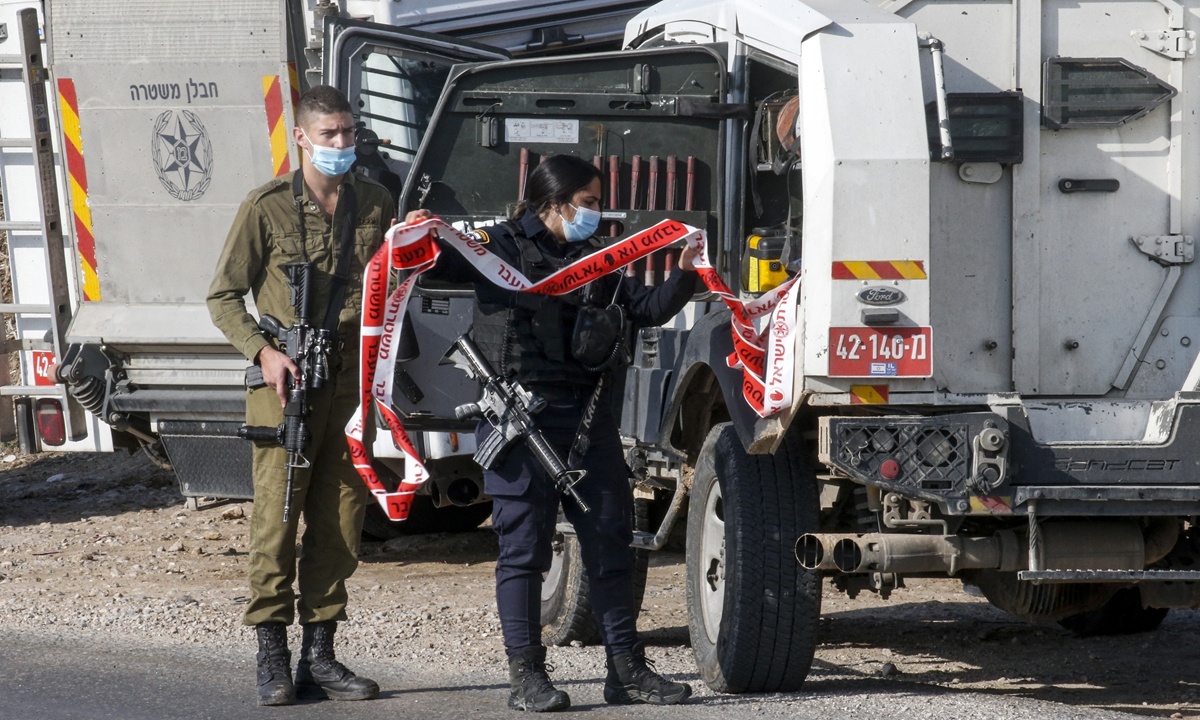 An Israeli policewoman unfolds barricade tape at the scene where the vehicle of a Palestinian suspected of carrying out a stabbing attack was stopped and its driver incapacitated, near al-Fawwar camp for Palestinian refugees southwest of Hebron in the occupied West Bank on Sunday. Photo: AFP

Two rockets were fired into southern Israel from the Gaza Strip late Saturday, the Israeli army said, although there were no immediate reports of any damage or wounded.

"The IDF is conducting an ongoing situational assessment & remains prepared to operate against any terror activity," they added.

An army source told AFP in a WhatsApp message that fighter jets, helicopters and tanks were deployed.

Security sources in Gaza said there were a number of strikes overnight, including in Khan Younes, Rafah and Beit Hanoun, without reporting any casualties.

Earlier Israeli media had reported the rockets from Gaza came down in uninhabited areas, although a military spokeswoman was unable to confirm this.