WORLD Israel, Sudan agree to normalization as US to delist Sudan from terrorism sponsors

Israel, Sudan agree to normalization as US to delist Sudan from terrorism sponsors 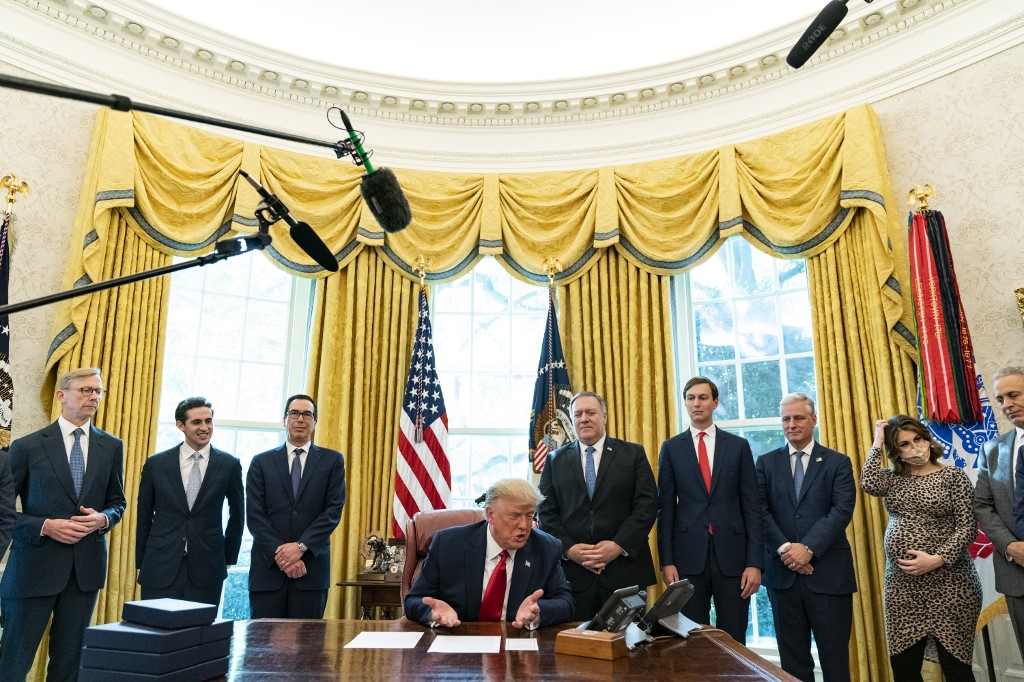 US President Donald Trump speaks to the leaders of Sudan and Israel as he announces that Sudan will normalize relations with Israel at the White House in Washington, DC, on October 23, 2020. (Photo: AFP)

Washington (People's Daily) –  Israel and Sudan on Friday agreed to normalize relations as US President Donald Trump informed Congress to remove Sudan from the State Sponsors of Terrorism list, according to a Joint Statement of the United States, Sudan, and Israel released on Friday.

US President Donald Trump made the announcement from the Oval Office. Trump talked on the phone with Sudanese Chairman of the Sovereignty Council Abdel Fattah al-Burhan, and Israeli Prime Minister Benjamin Netanyahu.

According to the joint statement, the leaders of Sudan and Israel “agreed to the normalization of relations between Sudan and Israel and to end the state of belligerence between their nations”. The two countries also agreed that delegations will meet in the coming weeks to negotiate agreements of cooperation in those areas as well as in agriculture technology, aviation, migration issues and other areas.

Sudan is the third Arab country to normalize relations with Israel over the last three months. Behind this, the United States has played a key role.

However, such an agreement aroused Palestinian anger. According to CNN, Palestinian leaders slammed the normalization agreement, with one calling it a "serious stab in the back of the Palestinian and Sudanese people." Militant groups in Gaza also voiced their anger.