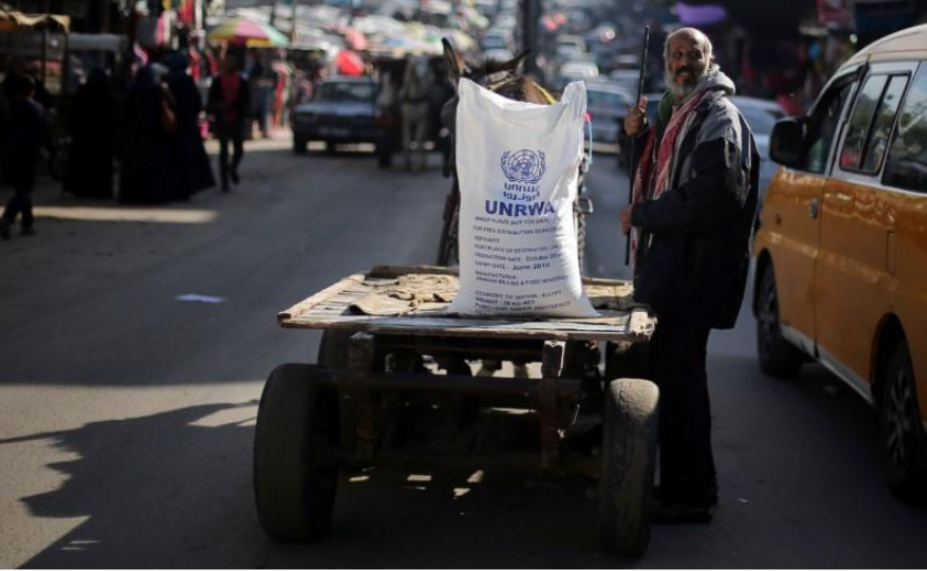 A Palestinian next to a flour sack from the UN Relief and Works Agency (UNRWA) in the Khan Younis, Gaza Strip January 3, 2018. Photo: Reuters

Israel supports a cut in US funding for a UN agency that provides aid to Palestinian refugees - a possibility raised by President Donald Trump - but prefers it be carried out gradually, a senior Israeli official said on Saturday.

Trump threatened earlier this week to withhold future aid payments to the UN Relief and Works Agency (UNRWA) over what he called the Palestinians’ unwillingness to talk peace with Israel.

The idea, condemned as blackmail by Palestinians, was initially met with mixed reactions in Israel, with some officials warning of the dangers in cutting off financial assistance to the Palestinians.

The Axios news website reported on Friday that the United States had frozen $125 million in funding for UNRWA, but a State Department official said no decision had been made.

Netanyahu’s office said in a brief statement that the premier “supports President Trump’s critical approach and believes that practical steps should be taken to change the situation in which UNRWA is perpetuating the Palestinian refugee problem rather than resolving it.”

UNRWA supports much of the population in the Gaza Strip and a cut to its budget could ramp up tensions with Israel, a main conduit for aid into the territory.

The US is the largest donor to the agency, with a pledge of nearly $370 million as of 2016, according to UNRWA’s website.