Israel to offer COVID-19 booster shots to people under 60: PM 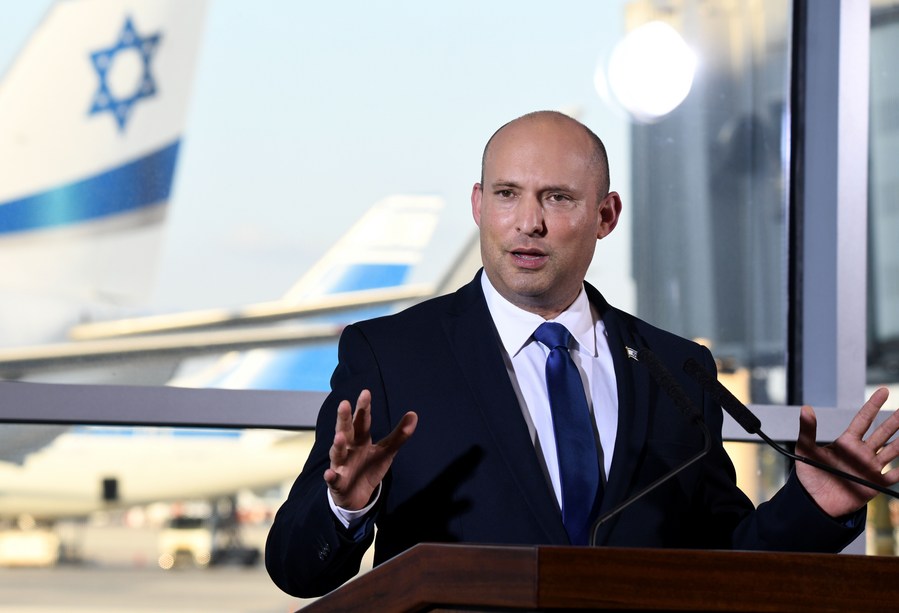 JERUSALEM, Aug. 12 (Xinhua) -- Israeli Prime Minister Naftali Bennett on Thursday instructed health maintenance organizations (HMOs) to prepare to offer a third coronavirus vaccine booster for some age groups under 60 next week, according to a statement from Bennett's office.

Bennett and Health Minister Nitzan Horowitz were briefed by CEOs of Israel's four HMOs on their vaccination efforts. The prime minister told the HMOs' directors that they need to "prepare to expand the range of ages for the third inoculation next week."

He reiterated the government's effort to halt the resurging coronavirus outbreak without imposing more economically and socially destructive lockdowns.

"Our goal has been and remains fighting the Delta strain without destructive harm to the economy to the extent possible," he said, adding that "in order to meet this task, the vaccination effort is the supreme tool."

Nachman Ash, director-general of the Health Ministry, told Ynet news site that the ministry is looking into lowering the age for the booster shot to people over 40.

On Aug. 1, Israel launched a campaign to administrate a third booster dose of Pfizer's coronavirus vaccine to people aged over 60. The shot is being offered to 60-year-old people who have received the second shot at least five months ago.

The roll out began although health regulatory authorities in the United States and the European Union have not yet approved the third booster dose.

About 58 percent of the country's 9 million population has been doubled-vaccinated, most of it with the Pfizer vaccine.

According to the Health Ministry, new infections in Israel have reached 5,946 cases on Thursday, with 421 of them being in serious condition.