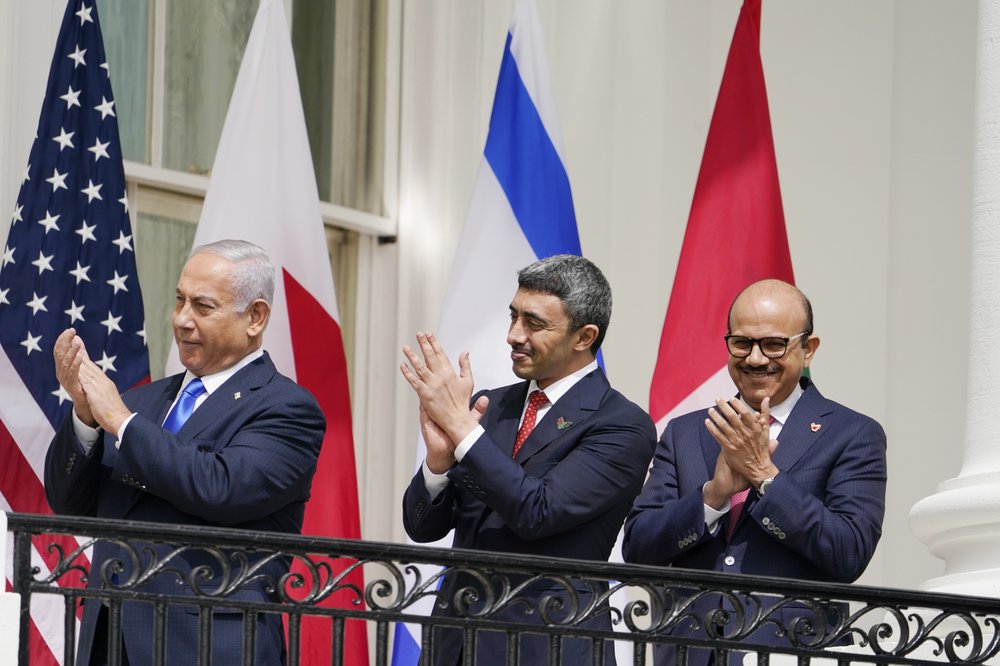 Washington (People’s Daily) – The representatives of Israel, the United Arab Emirates, and Bahrain signed the agreements to normalize relations at the White House on Tuesday.

Hundreds of people attended the event. US President Donald Trump presided over the ceremony.

Israeli Prime Minister Netanyahu welcomed the deals, saying, "This day is a pivot of history; it heralds a new dawn of peace."

However, Palestinian leader Mahmoud Abbas said only an Israeli withdrawal from occupied territories could bring peace to the Middle East. "Peace, security and stability will not be achieved in the region until the Israeli occupation ends," he said in a statement after the signing of the deals.

Trump boasted that this is “a very big day”. He stated that only two Arab countries have established diplomatic relations with Israel in the past 72 years, and he did an additional two in one month

Meanwhile, Trump said that his administration was in talks with several additional nations on signing similar agreements, but he declined to name the countries when pressed by reporters. "We'll have at least five or six countries coming along very quickly," Trump said, adding, "They want to see peace. They've been fighting for a long time."

The New York Times commented that the critics of the agreement between the three countries have said President Trump’s claims that they will produce wider peace in the Middle East are “overblown”.

According CNN, the UAE made clear that one of the benefits it sees from the normalization agreement with Israel is that it should be easier to acquire F-35s from the United States.

The agreements have outraged Palestinians, sparking protests across the region. Palestinian Prime Minister Mohammad Shtayyeh condemned the move, saying on Twitter that it erodes unity between Arab states. "This day will be added to the calendar of Palestinian pain and the record of Arab fractures," he said.