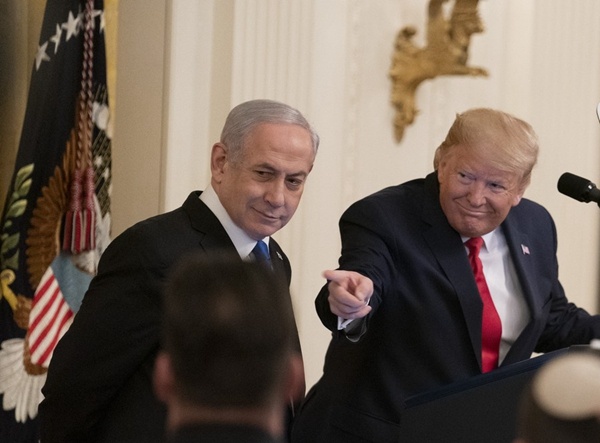 Israel and the United Arab Emirates (UAE) agreed to the full normalization of relations, according to a joint statement of the United States, Israel, and the UAE on Thursday.

U.S. President Donald Trump presented the joint statement on Twitter, which said "this historic diplomatic breakthrough will advance peace in the Middle East region and is a testament to the bold diplomacy and vision of the three leaders."

The statement said, "Israel will suspend declaring sovereignty over areas outlined in the President's Vision for Peace and focus its efforts now on expanding ties with other countries in the Arab and Muslim world."

Delegations from Israel and the UAE would meet in the coming weeks to sign bilateral agreements regarding various areas, said the statement.

The announcement makes the UAE the first Gulf Arab state and only the third Arab nation, after Egypt and Jordan, to establish diplomatic ties with Israel.

Yousef Al Otaiba, the UAE ambassador to the United States, said that the announcement "immediately stops annexation and the potential of violent escalation. It maintains the viability of a two-state solution as endorsed by the Arab League and international community."

A controversial Middle East peace plan unveiled by the Trump administration in January allowed Israel's annexation of areas of the West Bank, which led to strong opposition worldwide.