WORLD Israel urges EU to back US Mideast peace moves

Israel urges EU to back US Mideast peace moves 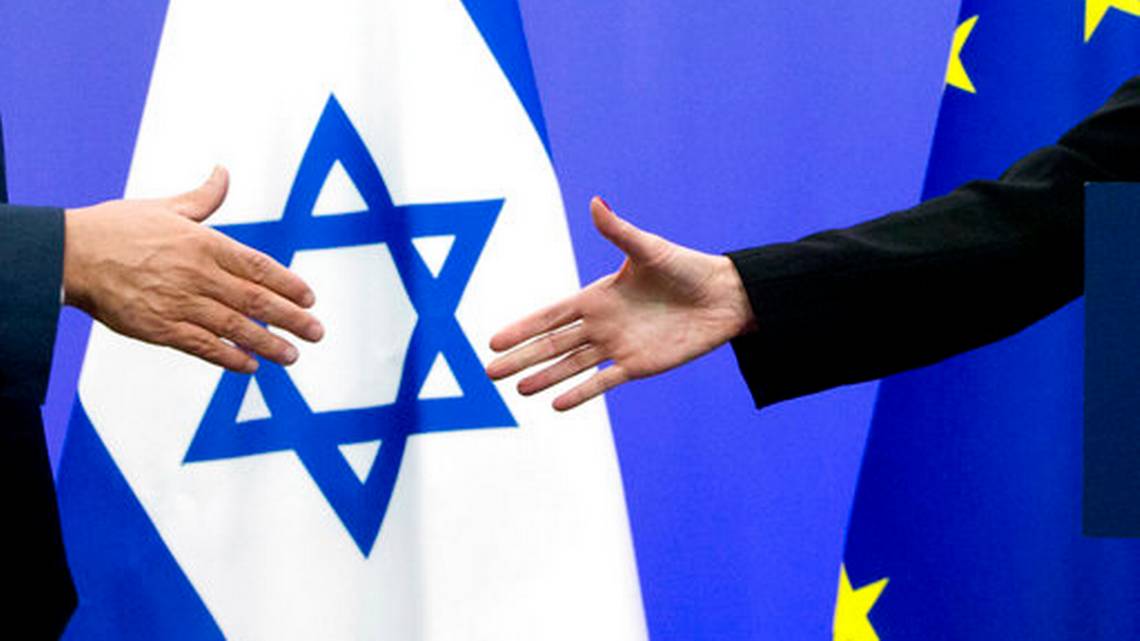 Israeli Prime Minister Benjamin Netanyahu urged the European Union on Monday to back a new U.S. peace initiative in the Middle East, after President Donald Trump's unilateral decision to recognize Jerusalem as Israel's capital met with widespread condemnation and triggered clashes in the Palestinian territories.

Netanyahu, on a first official visit to the EU by an Israeli premier in 22 years, told reporters in Brussels that recognizing Jerusalem was merely stating the reality on the ground. He said he expected many European countries to follow Trump's lead in the future.

But European officials say they have heard no details about the U.S. plan to relaunch moribund Mideast peace efforts.

"We should give peace a chance. I think we should see what is presented and see if we can advance this peace," Netanyahu said, before a meeting with EU foreign ministers, chaired by the bloc's foreign policy chief, Federica Mogherini.

French Foreign Minister Jean-Yves Le Drian said the Europeans are impatient to hear details of any new U.S. peace move. None were forthcoming when Secretary of State Rex Tillerson was in Brussels last week.

"They've announced to us some kind of American initiative. We've been waiting for several months. If it's not the case, then perhaps the European Union should take the initiative, but it's too early to say," Le Drian said.

"Everyone knows that the resolution of the Middle East crisis goes through negotiations and the recognition of two states," he said.

"(Jerusalem) could be the capital of Israel and a future Palestinian state but that has to be negotiated between the two parties," said Belgian Foreign Minister Didier Reynders.

Reynders said that, as the biggest aid donor to the Palestinians and a major partner of Israel, the EU has "a particular role to play" in the dispute.

Netanyahu insisted, however, that "what President Trump has done is put facts squarely on the table. Peace is based on reality."

"Jerusalem is Israel's capital, no one can deny it. It doesn't obviate peace it makes peace possible," he said, adding that he believed most European countries will now "move their embassies to Jerusalem, recognize Jerusalem as Israel's capital."

Netanyahu was also due Monday to discuss Israel's relations with the EU, which have been tense, particularly over the EU's insistence on labeling Israeli products made in Jewish settlements.