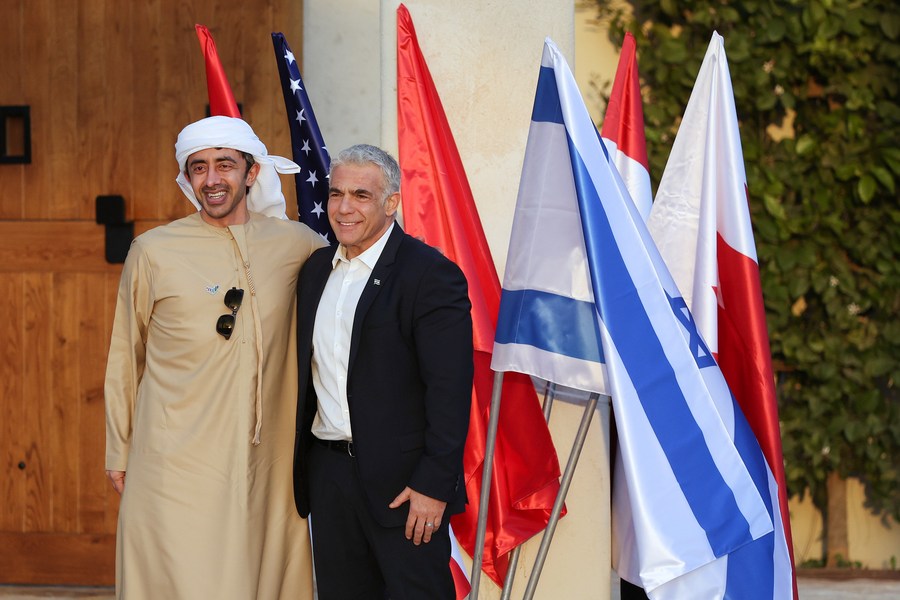 The meeting, hosted by Bahrain in Manama, was the first one of the Steering Committee of the Negev Forum, a summit attended by the same countries and held in Israel's Negev Desert in March.

The next meeting of its kind is expected to take place later this year, according to the ministry statement.

The officials discussed "ways to promote the cooperation in a manner that will bring tangible benefits for the region and its people," said the statement.

Cooperation in such fields as security, clean energy, and food and water security will be explored, it added.

The meeting came ahead of U.S. President Joe Biden's visit to Israel and Saudi Arabia in July.

The UAE, Bahrain and Morocco agreed to normalize their ties with Israel under the aegis of the United States in 2020. Egypt and Israel signed a peace accord in 1979.