WORLD Israel wants to have mutual understanding of vaccination with China

Israel wants to have mutual understanding of vaccination with China

Israel would like to be the first country to reach an agreement on mutual understanding of COVID-19 vaccination with China, said Irit Ben-Abba, the newly appointed Israeli ambassador to China. 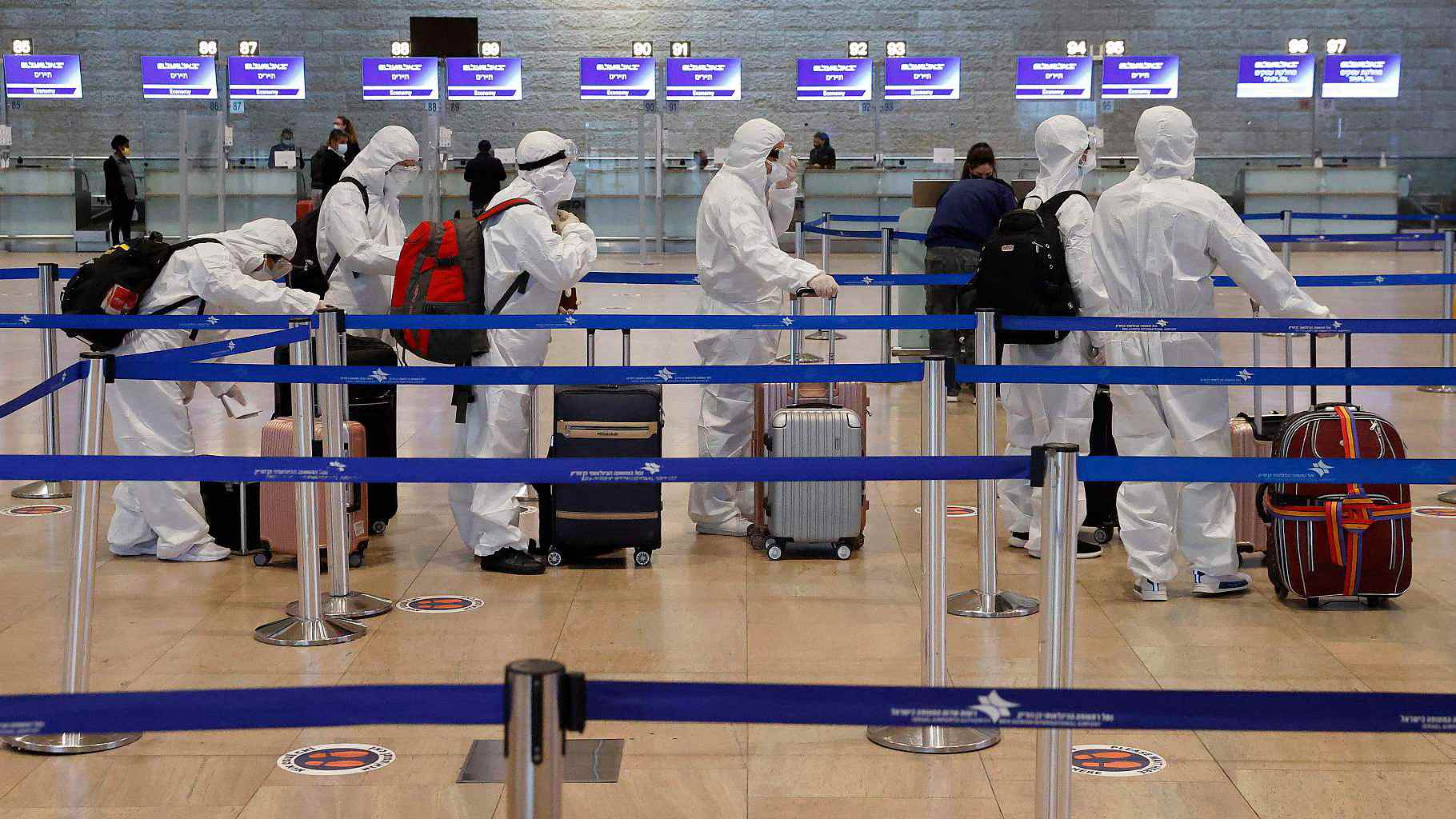 Chinese passengers at Ben-Gurion Airport in Lod, near the Israeli city of Tel Aviv, January 19, 2021. (Photo/CFP)

She made the remarks in her first public appearance on Chinese media on Monday after finishing three weeks' quarantine.

"This is one of the main things that I would like to push through with the Chinese government, to see if we can get a bilateral agreement on mutual understanding of vaccines, pending a decision by the health authorities," Ben-Abba told Chinese media.

She said it would be a priority issue for the embassy, which she hoped to achieve in the coming weeks.

On Sunday, China's State Councilor and Foreign Minister Wang Yi announced China's intention to reach agreements with other countries on mutual recognition of COVID-19 vaccination for the resumption of cross-border travels.

Wang said that in the near future, as more countries agree on mutual recognition of health certificates with China, this international travel health document will play a greater role in promoting the safe and orderly transnational flow of people.

Ben-Abba said the move by China is a great step forward.

Israel has chosen the Pfizer/BioNTech's two-shot COVID-19 vaccine. About 50 percent of the country's 9 million citizens have been fully inoculated, while another 40 percent have received their first shots, according to the ambassador, who said the goal is to vaccinate the whole population across the country.

Therefore, Israel has been actively promoting mutual understanding of vaccination with other countries. It has reached such agreements with Greece, Cyprus and Seychelles, which all adopted the Pfizer/BioNTech vaccine.

As China has used domestically developed vaccines, Ben-Abba said Israel could share information on different vaccines and their effects with China to facilitate mutual understanding.

On the basis of potential mutual understanding of health certificates between the two countries in the near future, Ben-Abba said she hoped bilateral high-level political and economic dialogue could resume.

The year 2022 marks the 30th anniversary of the establishment of diplomatic ties between China and Israel. The new ambassador said she hoped the two sides could do more to improve the bilateral relationship.