JERUSALEM, Aug. 28 (Xinhua) -- An Israeli cabinet minister said on Tuesday that Syria's President Bashar al-Assad will pay a "heavy price" if he chooses to allow Iran to establish a permanent military presence in Syria. 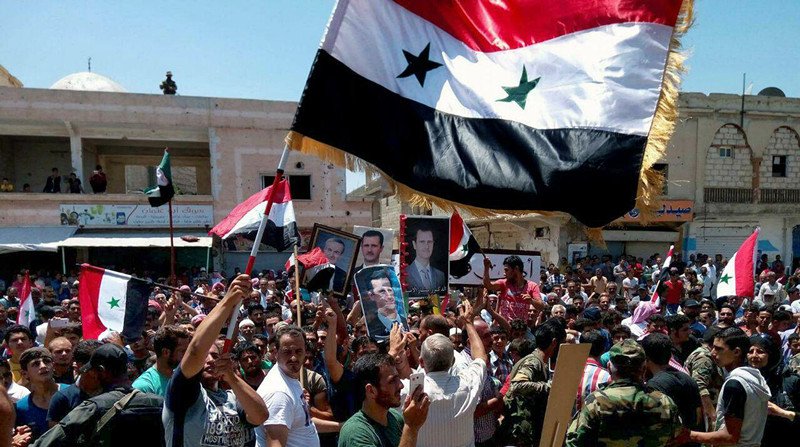 Syrians celebrate as they hold their national flags and pictures of Syrian president Bashar al-Assad in the town of al-Hrak, Daraa province, Syria on July 17, 2018. (File photo: SANA)

"We did not expect the Iranians to openly wave a white flag," Interior Defense Minister Gilad Erdan told Ynet news site, saying that "the (recent) Iran-Syria military cooperation deal is clearly an excuse to legitimize the presence of Iranian forces in Syria."

"Assad will have a lot more to lose if he allows Israel's greatest enemy (Iran) to establish grounds in Syria," said Erdan, adding that "I think that will get the message across over time."

His remarks came a day after Iran said it had signed a military cooperation deal with Syria to rebuild Assad's army.

Israel has long urged Russian President Vladimir Putin and US President Donald Trump to prevent Iran from gaining a military foothold in its northern neighbor within the framework of a possible peace deal in the war-torn Syria.

During his last week's visit to Israel, US National Security Adviser John Bolton said that Iran should withdraw its forces from Syria.