JERUSALEM, April 15 (Xinhua) -- Israeli Prime Minister Benjamin Netanyahu has expressed its support for the decision by US President Donald Trump to attack Syria over its alleged use of chemical weapons.

The joint missile strike by the US, Britain and France on Saturday came just days after Israeli forces reportedly attacked a Syrian air base.

Israel has neither confirmed or denied the strike, but the T4 air base in Syria's central province of Homs is believed to be where Iran launched a drone that infiltrated Israeli airspace two months ago. 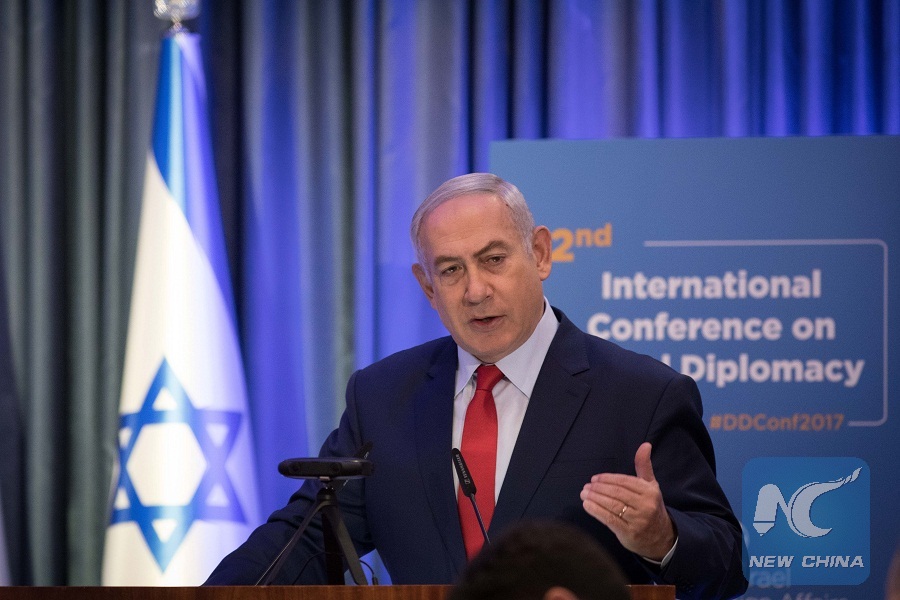 A day earlier, just hours after the Western coalition struck the military targets in Syria, the Israeli army released a statement saying the drone was an armed one intended to carry out an attack in Israel.

Israel and Syria are bitter enemies sharing a tense border.

The internal strife in Syria has provided fertile ground for Iran to enter and use the territory as a stepping stone for military attacks on Israel.

Israeli Prime Minister Benjamin Netanyahu has repeatedly said he will not allow Iran to consolidate its power on Israel's northern borders, either in Lebanon or Syria.

Iran and Israel are arch enemies, as the Jewish state views Iran's regional and nuclear ambitions as an existential threat. 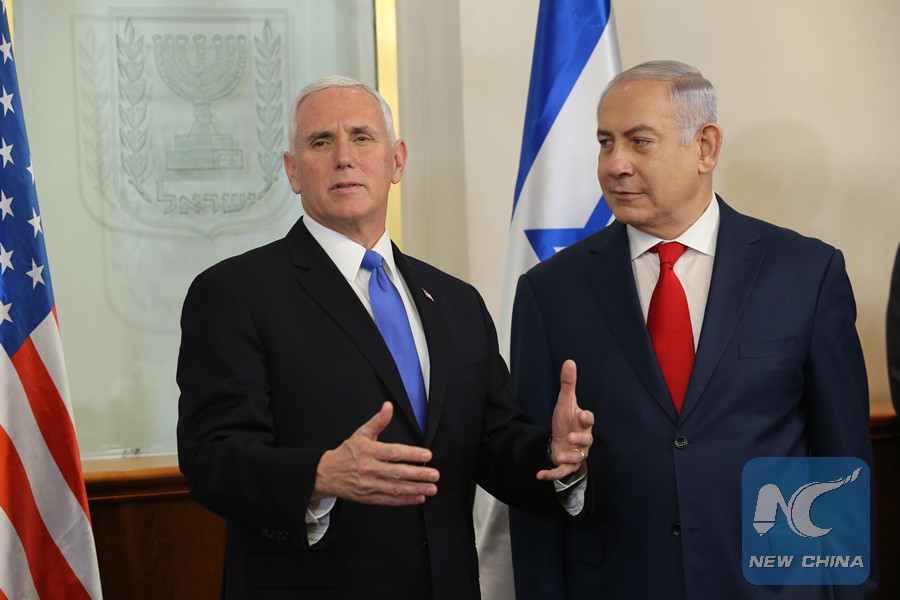 Lt. Col. Sarit Zehavi, a former Israeli military intelligence officer and founder of the Alma Research and Education Center on Israel's Security Challenges on its Northern Borders, said Israel has invested a lot of efforts to prevent the Syria-Israeli conflict from overlapping with the internal conflict in the Arab country.

But "Iran is trying to take advantage of the Shiite-Sunni conflict within Syria in order to create a reality in Syria that will enable it to attack Israel, so in practice it's not totally separated," she told Xinhua.

The surgical strikes by the western coalition on Saturday, however, turned out to target only Syria's chemical weapons capabilities, with no intention of destabilizing the regime of Syrian President Bashar al-Assad or diminishing Iran's influence there.

In consequence, the ultimate implications of the coalition attack largely depend on whether it is a one-off response or the beginning of a massive campaign against the Syrian government.

"If it is a multi-phased attack on Syria, we will see an Iranian response against Israel," said Dr. Dina Lisnyansky from the Political Studies Department at Bar Ilan University in Israel.

"This may come directly from Iran or from Hezbollah," she noted. Hezbollah is an anti-Israel militant organization in Lebanon. 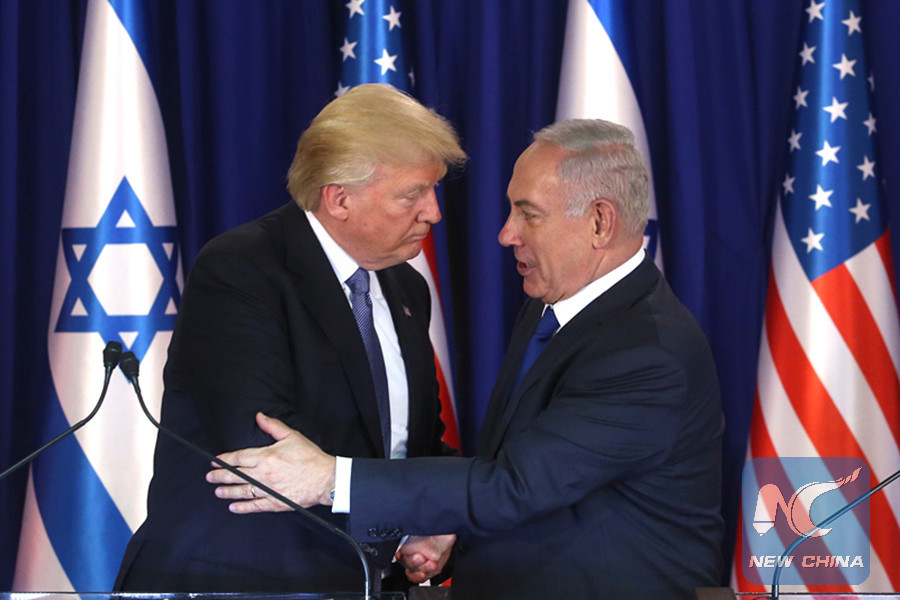 US President Donald Trump (L) meets with Israeli Prime Minister Benjamin Netanyahu in Jerusalem, on May 22, 2017 during Trump's first visit to Israel since taking office.

"If the attacks continue and will be in a larger scale, chances for retaliation against Israel grow," Zehavi told Xinhua.

Israel has reportedly carried out scores of military strikes in Syria against militant groups, such as Hezbollah, over their suspected transport of weapons for use in future attacks on Israel.

In addition, Russia's involvement since late 2015 has further complicated the situation in Syria, placing Israel in a more sticky position.

With both air forces flying in Syrian airspace, a certain degree of cooperation is needed between Israel and Russia in order to avoid unwanted incidents.

While Russia is being agitated by the coalition attack on Syria, Israel might be the one to pay the price.

"Israeli freedom of movement in the area has been damaged since Russian involvement in Syria and this is something that Israel is trying to overcome," Zehavi told Xinhua.

"If the dialogue between Israel and Russia stops, it will be even more difficult," she warned.

However, the long-term effect of the international involvement in the Syrian war may not necessarily be negative for Israel.

"For Israel, the attack is important as a message that Iran, Syria are not immune from US involvement in the Middle East," Zehavi said.

"If it will be followed by a consistent policy, it may mean that the US is back in town, which is good news for Israel," she added.