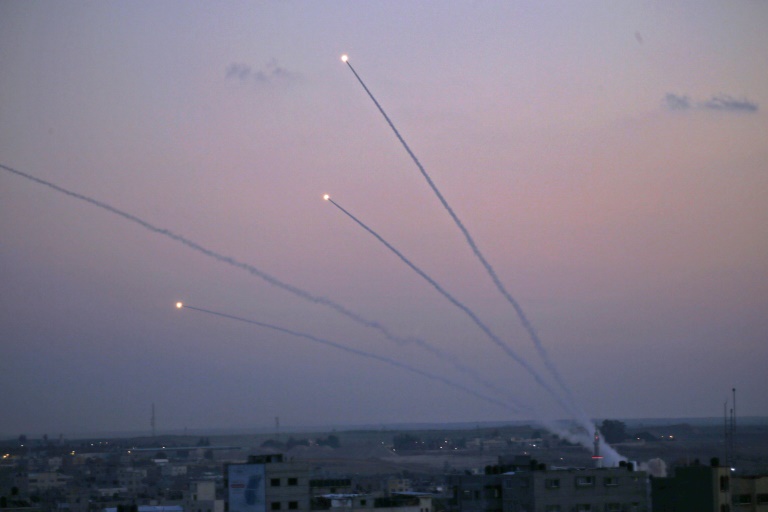 A picture taken from the Gaza Strip on November 12, 2018 shows missiles being launched toward Israel (Photo: AFP)

Israel's military said it was carrying out air strikes "throughout the Gaza Strip" on Monday after a barrage of rocket fire from the Palestinian enclave towards its territory.

It also said an Israeli bus was hit by fire from the Gaza Strip. It was not clear if there were injuries.

The flare-up follows a clash that erupted during an Israeli special forces operation in the Gaza Strip late Sunday that killed eight people. Hamas, the Islamist movement that runs the Gaza Strip, had vowed revenge.

The renewed violence was threatening to derail weeks of efforts to end unrest along the Gaza-Israel border.

The dead from the incident late Sunday included an Israeli army officer and a local commander for Hamas's armed wing. Prime Minister Benjamin Netanyahu cut short a trip to Paris and rushed home as tensions rose.

Israel and Palestinian militants in Gaza have fought three wars since 2008 and recent unrest has raised fears of a fourth.