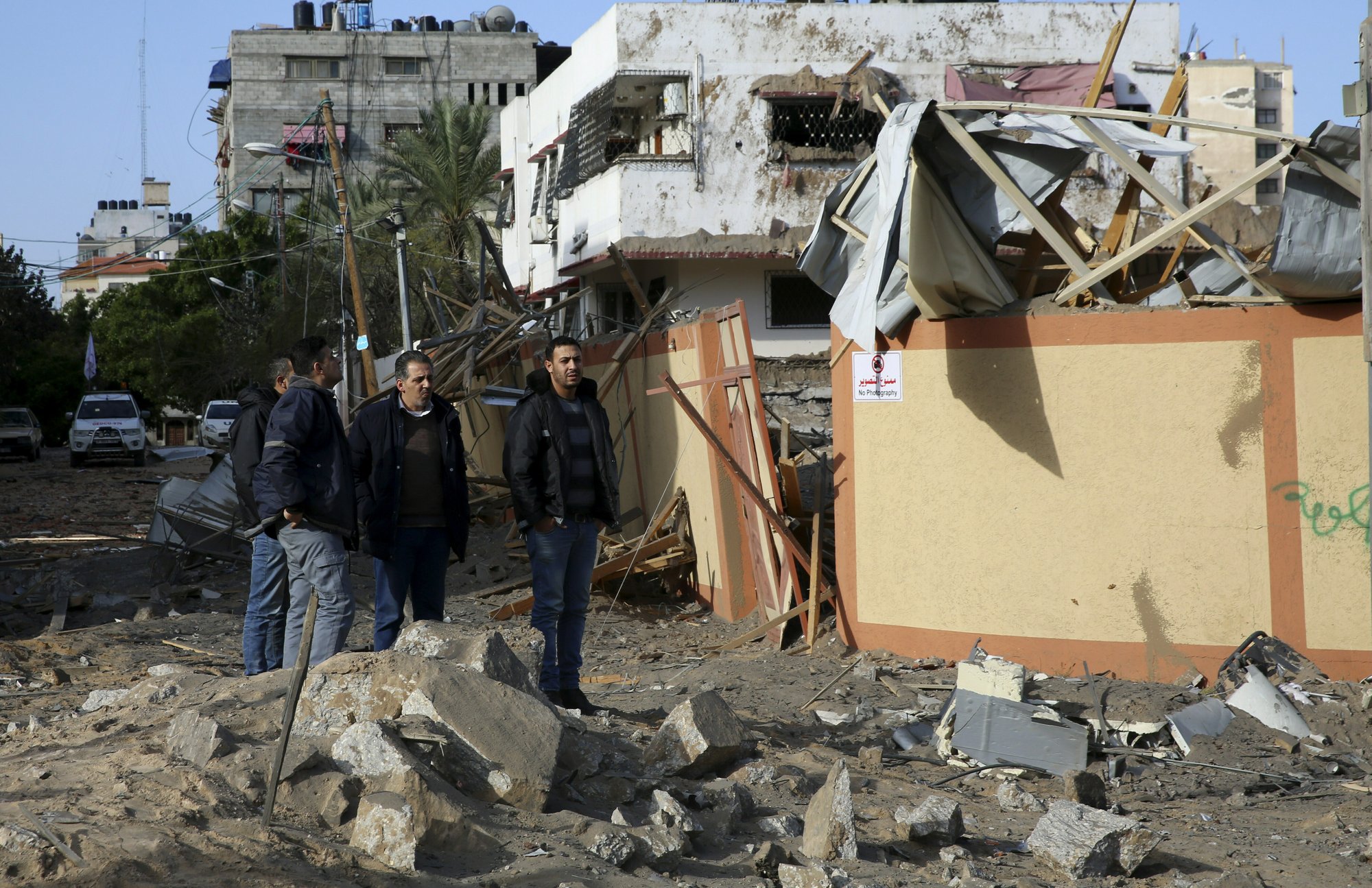 The late-night strikes on Tuesday follow a rocket launched from Gaza that set off air-raid sirens in southern Israel and sent residents rushing to bomb shelters before the rocket fell in open ground.

There was no immediate comment from the Israeli military.

Tuesday evening’s rocket strike and airstrikes ended a brief lull that had prevailed for most of the day after an overnight exchange of heavy fire.

The cross-border fighting was triggered by a rocket fired early Monday from Gaza that slammed into a house in central Israel and wounded seven people.