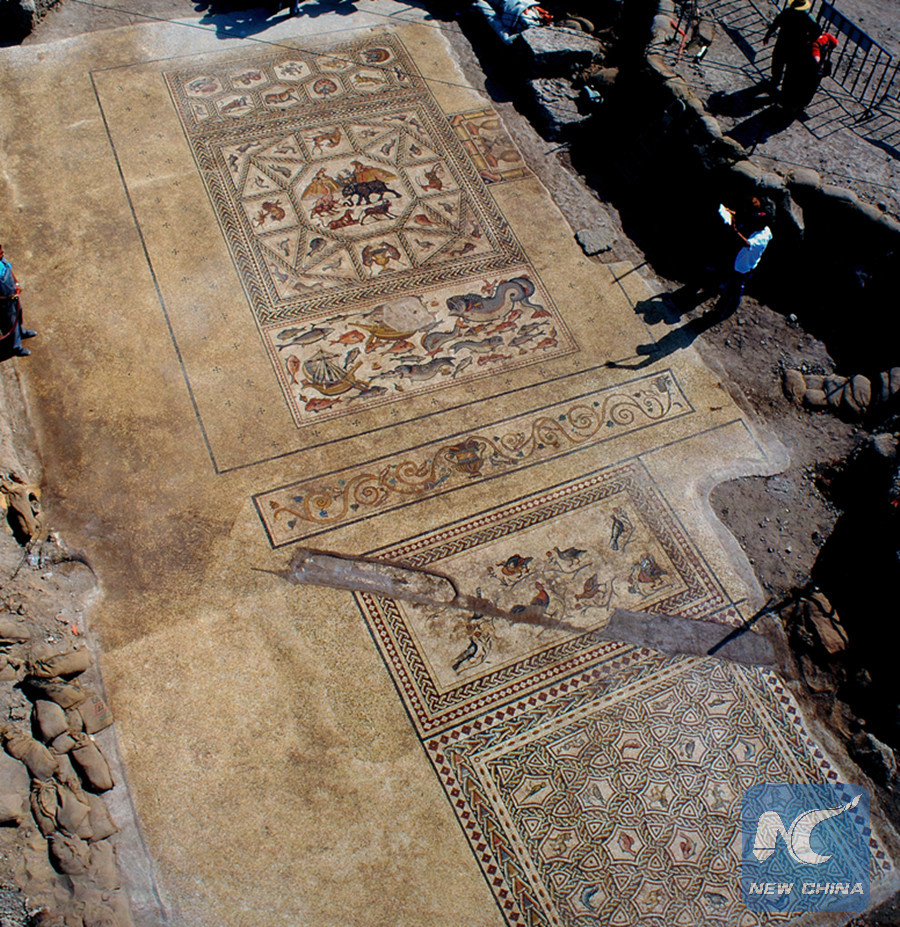 Picture of the mosaic excavated by the Israel Antiques Authority (IAA) in the historic city of Lod in central Israel. (Photo: Xinhua / IAA)

JERUSALEM, July 29 (Xinhua) -- Archaeological excavations, carried out in the historic city of Lod in central Israel, have revealed a colorful mosaic dating from the Roman period, the Israel Antiques Authority (IAA) said Sunday.

The mosaic, about 1,700 years old, was carefully removed for conservation. It was discovered in archeological excavations carried out in June by the IAA prior to the construction of "the Shelby White and Leon Levy Lod Mosaic Center."

The new center will exhibit the unique mosaics revealed in previous excavations. According to the archaeologists, the new finds further reveal information about the luxurious Roman villa that stood there in the past.In 1996, road workers discovered by chance a mosaic floor at the entrance to Lod. In the subsequent excavation, the remains of a luxurious villa with exceptionally well-preserved and unique mosaic floors dating to the 4th century were found.

According to Amir Gorzalczany, director of the present excavation, "the excavations exposed a villa that included a large luxurious mosaic-paved reception room triclinium, and an internal columned courtyard."