RAMALLAH, Sept. 25 (Xinhua) - The Israeli army arrested Palestinian Authority (PA) Minister for Jerusalem Affairs Fadi al-Hadami with other 15 Palestinians from the West Bank on Wednesday, according to Israeli and Palestinian sources. 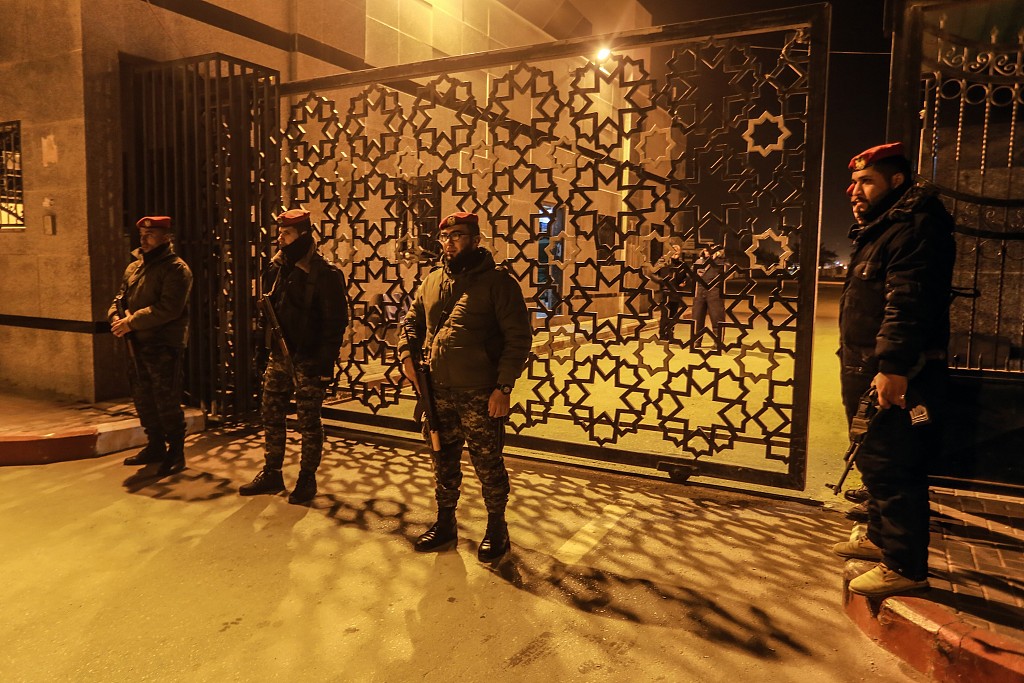 Israeli forces also demolished two houses near al-Fawwar camp south the West Bank city of Hebron, according to the sources.

The Palestine Liberation Organization (PLO) condemned the arrest of the minister, considering it part of Israeli plans to Judaize Jerusalem.

Adnan al-Husseini, member of PLO Executive Committee, told Xinhua that Israel's continued arrests of Palestinian figures in Jerusalem is unjustified and part of "violations against civil."

The Palestinian government spokesman Ibrahim Melhem told Xinhua that Israel's actions "are an extension for its policy of targeting, harming and Judaizing the holy city."

Israeli vehicles demolished today a tent of solidarity for residents of Sawahra town east of Jerusalem.