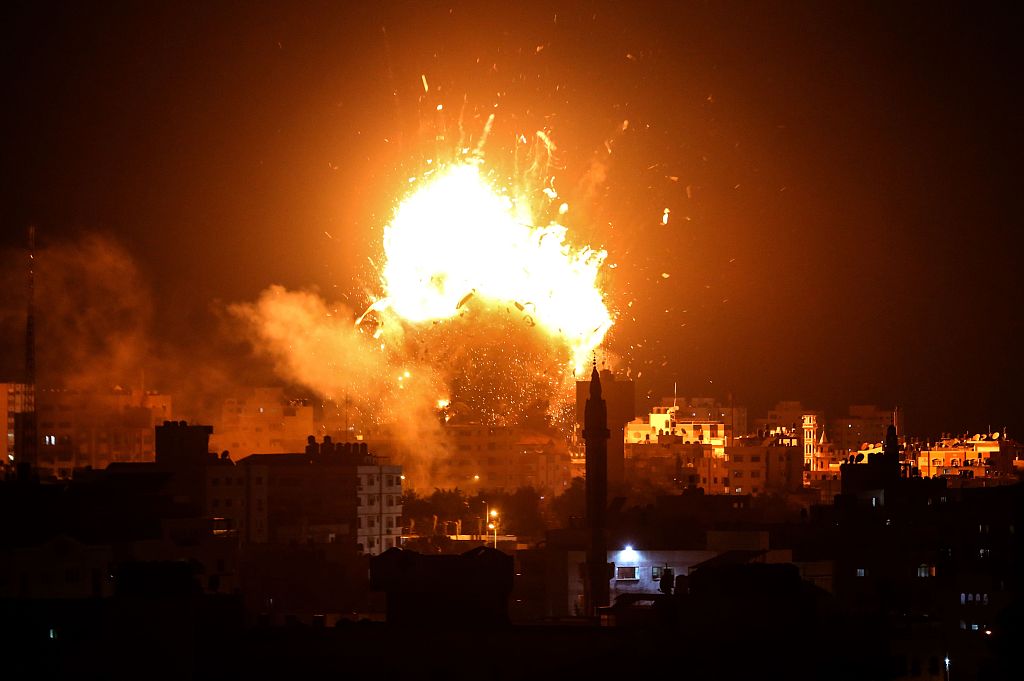 A picture taken on November 12, 2018 shows a ball of fire above the building housing the Hamas-run television station al-Aqsa TV in Gaza City during an Israeli air strike. (Photo: VCG)

Israeli Defense Minister Avigdor Lieberman says he is resigning in protest over the cease-fire reached with Gaza militants.

Lieberman says the cease-fire reached with Gaza’s Hamas rulers was a “surrender to terrorism.” Lieberman has demanded a far stronger Israeli response to the most intense round of rocket fire against Israel since a 50-day war in 2014. He says he also fiercely objected to Israel’s allowing Qatar to deliver $15 million in aid to Gaza last week.

Lieberman's resignation will go into effect in 48 hours. Netanyahu will take over on an interim basis.

The latest fighting was triggered by a botched Israeli raid into Gaza on Sunday that ignited clashes and left seven Palestinian militants and a senior Israeli officer dead.