GAZA, Sept. 13 (Xinhua) -- Israeli fighter jets early on Monday attacked several military posts and facilities that belong to the armed wing of the Islamic Resistance Movement (Hamas) in the Gaza Strip, but no injuries were reported, according to security sources. 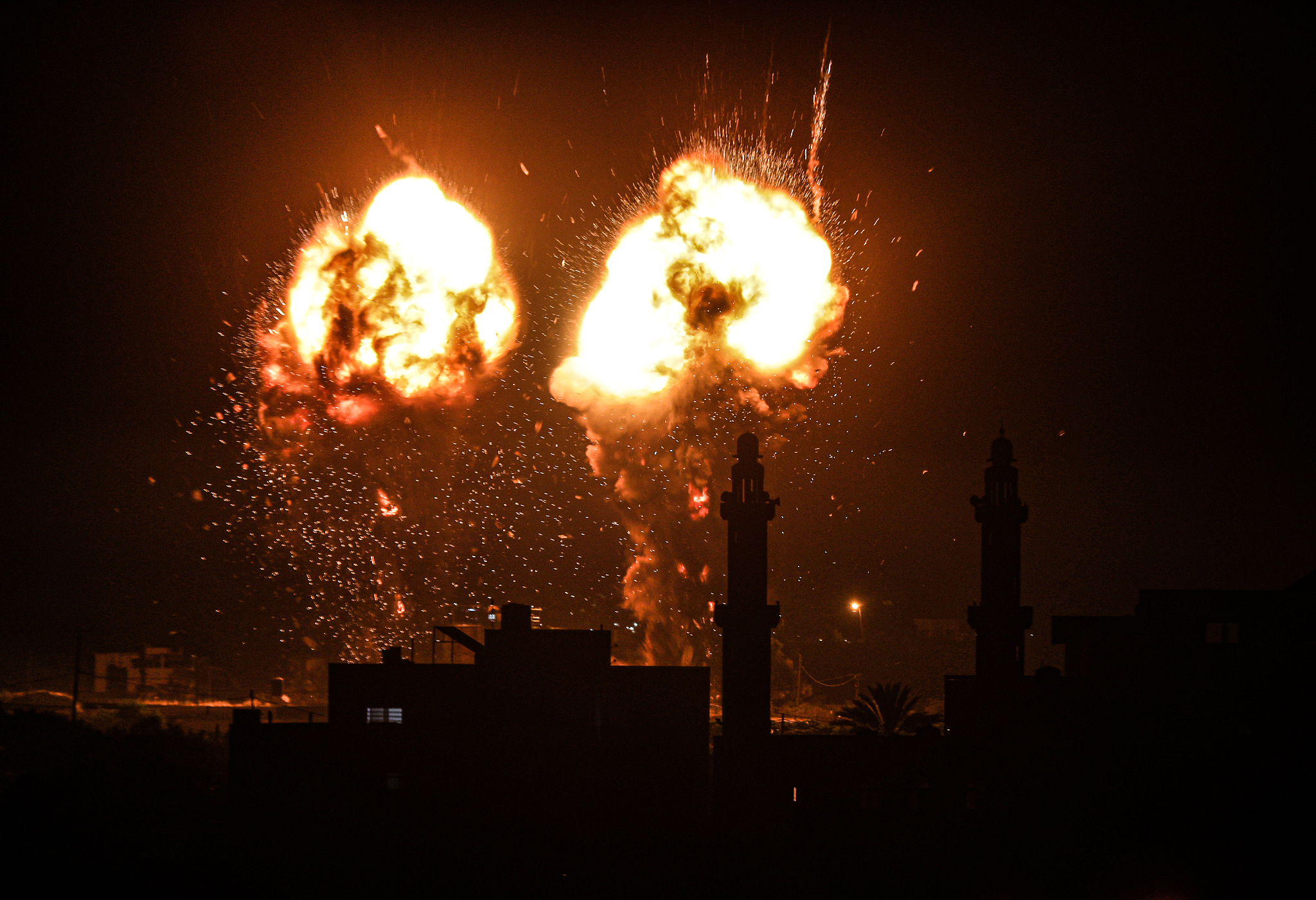 The sources said that the Israeli fighter jets struck by air-to-ground missiles five different military posts and facilities in the northern, central, and southern Gaza Strip for a third day in a row in response to rockets fired towards Israel.

Unknown militants have been firing rockets from the Gaza Strip towards Israel since Friday night. Three rockets were fired towards Israel. The last one was on Sunday night, which had lightly injured at least five Israelis, said the sources.

No one claimed responsibility for launching the three rockets over the past three days towards Israel. However, an Israeli army spokesman said in a statement that Hamas, which rules the Gaza Strip, "is fully responsible for the rockets attacks."

Hamas-run al-Aqsa television said that eyewitnesses heard the buzz of Israeli army drones and fighter jets, and then several explosions were heard all over the Gaza Strip after striking military posts belonging to the movement.

Early on Saturday and Sunday, Israeli fighter jets attacked military posts and facilities that belonged to Hamas in the northern and central Gaza Strip according to the sources, which added that no injuries or damage were reported.

An Israeli army spokesman said in two separate statements on Saturday and Sunday that Israeli fighter jets attacked posts that were used for manufacturing homemade rockets in addition to attacking weapons caches in the Strip.

The spokesman held Hamas, which has been ruling the Strip since 2007, is responsible for any attack that is carried out against civilians in Israel and that Israel would immediately respond.