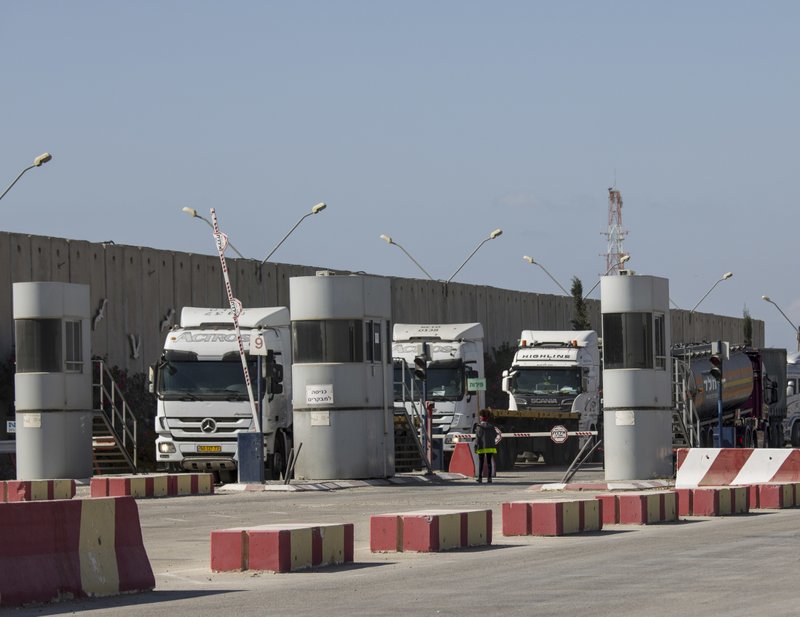 Israeli forces shot dead six Palestinians Friday in one of the deadliest days in months of mass protests along the security fence separating Gaza and Israel, Gaza’s Health Ministry said.

The ministry added that at least another 140 Palestinians were wounded by live bullets. It said that four of those killed were targeted at one of the five camps along the fence where protesters convene.

The Israeli army said it fired at several Palestinians who blew up a section of the fence, breached it and approached soldier positions. No Israeli troops were harmed, it added.

The Israeli military said 14,000 Palestinians thronged the border fence areas, burning tires and throwing rocks, firebombs and grenades at soldiers stationed atop earth mounds on the other side of the barrier.

Since March, Hamas has orchestrated near-weekly protests along the fence, pressing for an end to a stifling Israel-Egyptian blockade imposed since the militant group wrested control of Gaza in 2007.

Hamas’ chief, Ismail Haniyeh, who attended a protest in east Gaza City, said that “the determination of the Palestinian people will break the siege.”

More than 150 Palestinians participating in or present at the marches have been killed since they began. In May, about 60 protesters were killed in a single day, making it one of the deadliest since a 2014 war between the two sides.

The blockade has restricted Hamas’ ability to govern and plagued most of Gaza’s 2 million residents. Electricity is supplied for roughly four hours a day, unemployment stands at more than 50 percent and tap water is unpotable.

Repeated attempts to reconcile Hamas and the West Bank-based administration of Palestinian President Mahmoud Abbas have all but faltered, increasing the desperation that has in large part fueled the demonstrations.

Hamas seeks a cease-fire with Israel securing an easing of the blockade but accuses its rivals in the West Bank of thwarting the effort.