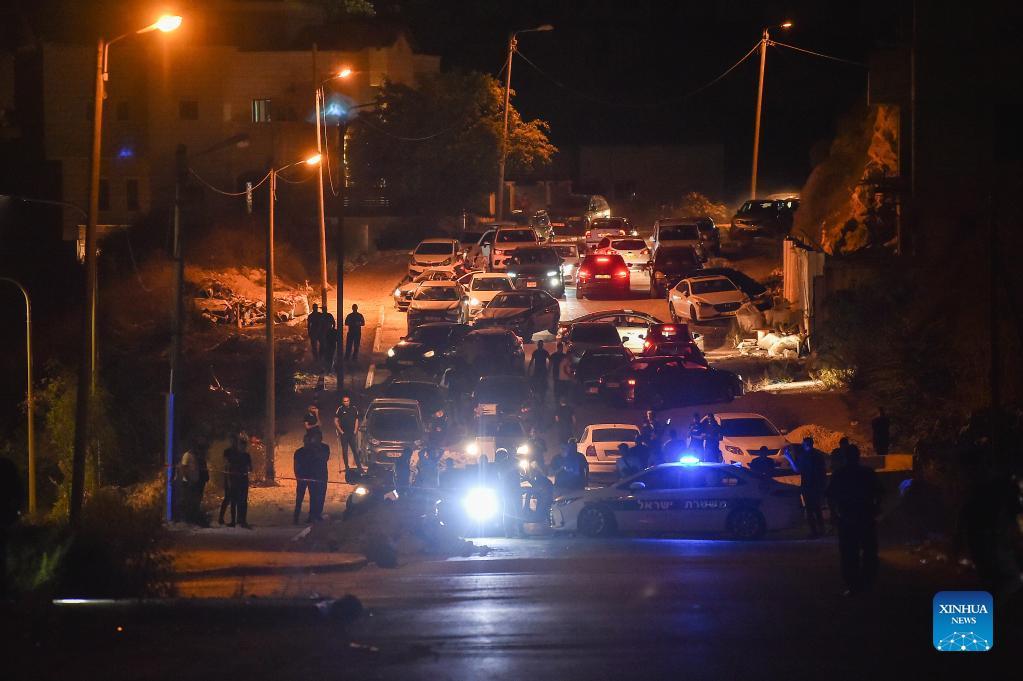 Photo taken on Sept. 10, 2021 shows the scene where Israeli security forces captured escaped Palestinians near the city of Nazareth in northern Israel. Israel's security forces said on Friday night they captured two of the six Palestinian prisoners who escaped on Monday from a prison. (Photo: Xinhua)

JERUSALEM, Sept. 10 (Xinhua) -- Israel's security forces said on Friday night they captured two of the six Palestinian prisoners who escaped on Monday from a prison.

A police spokesperson said in a statement that the two have been caught by police special forces and the Shin Bet internal security forces near the Mount Precipice near the city of Nazareth in northern Israel.

Video footage issued by the security forces showed that they have been arrested without resistance. The police said the two were taken to interrogation.

They were identified as Yaqub Kadri and Muhammad Arda, both affiliated with the Palestinian Islamic Jihad, a militant Palestinian group.

Israel's Channel 12 TV news reported that information from members of an Israeli-Arab family in Nazareth helped the police locate the suspects. The two approached the family asking for food and the family immediately called the police.

Six Palestinian prisoners escaped the Gilboa Prison in northern Israel on Monday in a rare jailbreak that prompted a massive manhunt in Israel and the occupied West Bank.

The police believe the other four escapees have managed to reach "Area A," areas in the West Bank that are under full civil and security control by the Palestinian Authority.