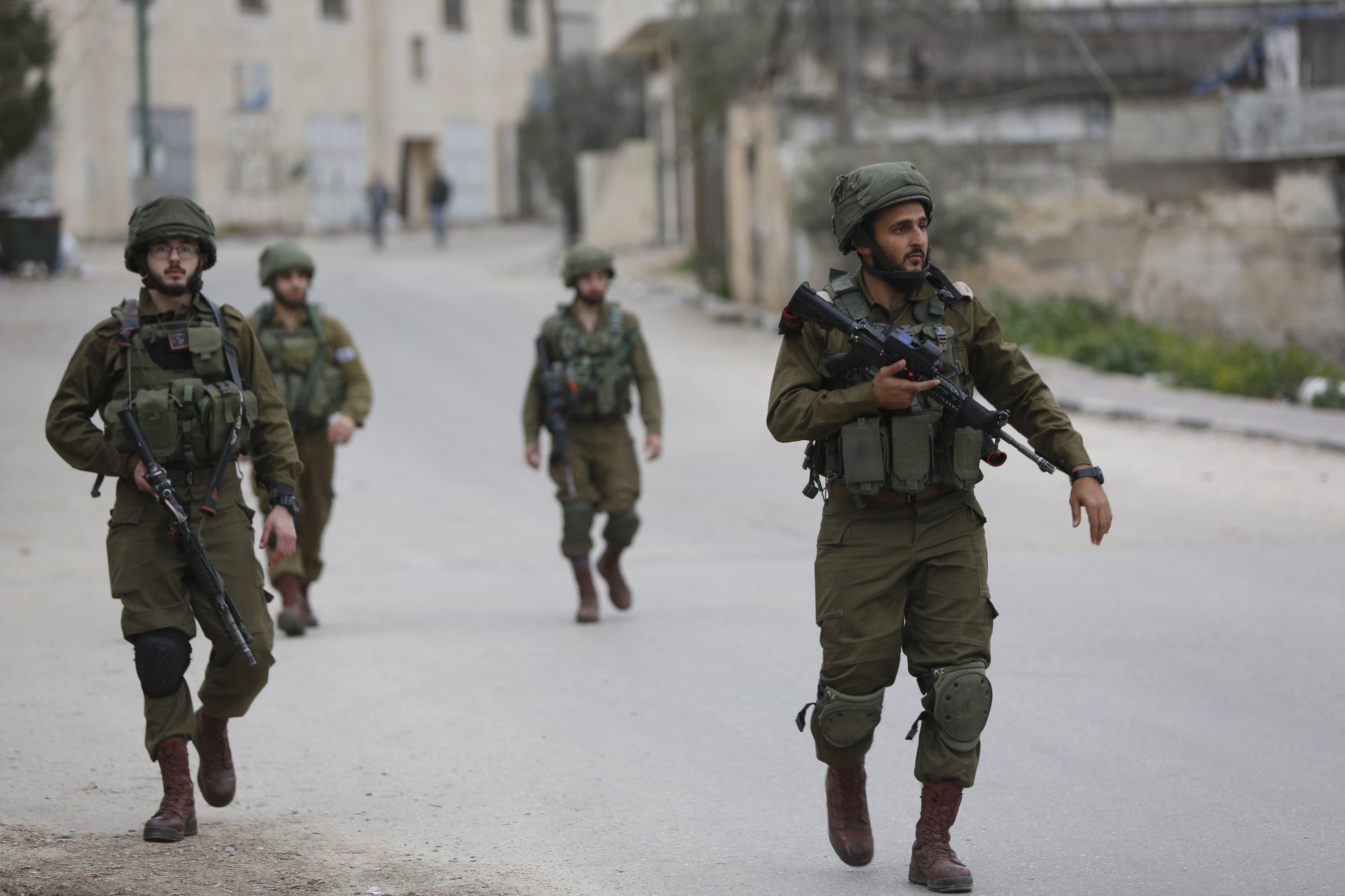 RAMALLAH, Nov. 17 (Xinhua) -- Dozens of Palestinian and global journalists from the International Federation of Journalists (IFJ) protested the Israeli imposed restrictions against Palestinian journalists in a march on Saturday.

The Israeli forces at the Israeli Qalandia military checkpoint located between Ramallah city and East Jerusalem threw tear gas toward the journalists to disperse them.

The journalists put on their body armor vests with the IFJ slogan and raised their international press cards, highlighting that their march was a peaceful protest.

IFJ chief Philippe Leruth told Xinhua that "we have a meeting for our executive committee in Ramallah to express our solidarity with the Palestinian colleagues, who suffer from harassment, not only from the Israeli police or the Israeli forces."

"I am a journalist. I have seen tear gas in my country, but not that kind. It shows that Israel is scared of free journalists," he went on.

Chairperson of the Palestinian Journalists Syndicate (PJS), Nasser Abu Baker, said that "the Israeli occupation carried out a crime against the whole world today, all world's journalists, the representative of over 800,000 journalists."

"The IFJ is now requested to take new measures to stop those crimes against us and the world journalists," Baker added.

The protest came on the sidelines of the IFJ executive meeting held in West Bank's city of Ramallah for the first time.

On the sidelines, the IFJ and the PJS will hold an international conference to highlight the Israeli assaults against Palestinian journalists.