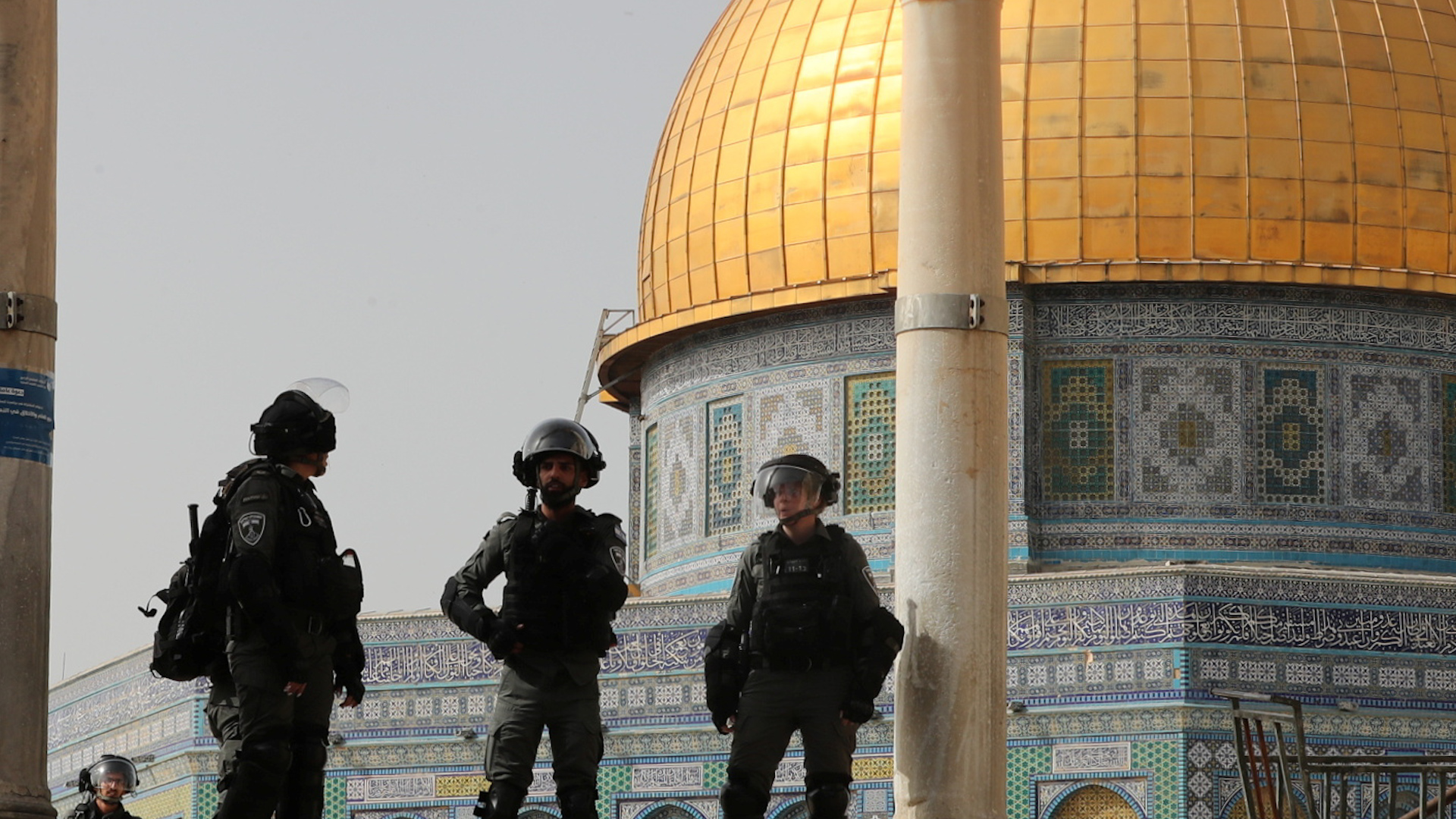 For the third day in a row, Israeli forces stormed Al Aqsa compound in occupied East Jerusalem. More than 300 Palestinians were reportedly injured along with several members of the Israeli forces. Three Palestinians each lost an eye, said a local surgeon.

Palestinians say their protests against the illegal Israeli occupation, restriction of movement, and forced evictions of Palestinians, have been met with violent crackdowns, beatings, and arrests by Israeli forces.

Israel says the raids on the mosque were carried out in response to stones being thrown towards the Western Wall. Some Palestinian health services were reportedly not allowed to enter the compound while the Israeli forces cracked down on the Muslim worshipers.

Hamas, the party governing the besieged Gaza strip, fired a barrage of rockets at Israel and Jerusalem in response to the violence, killing two Israelis. Israel retaliated with a strike on Gaza, killing 20, including 9 children. Dozens more were injured.