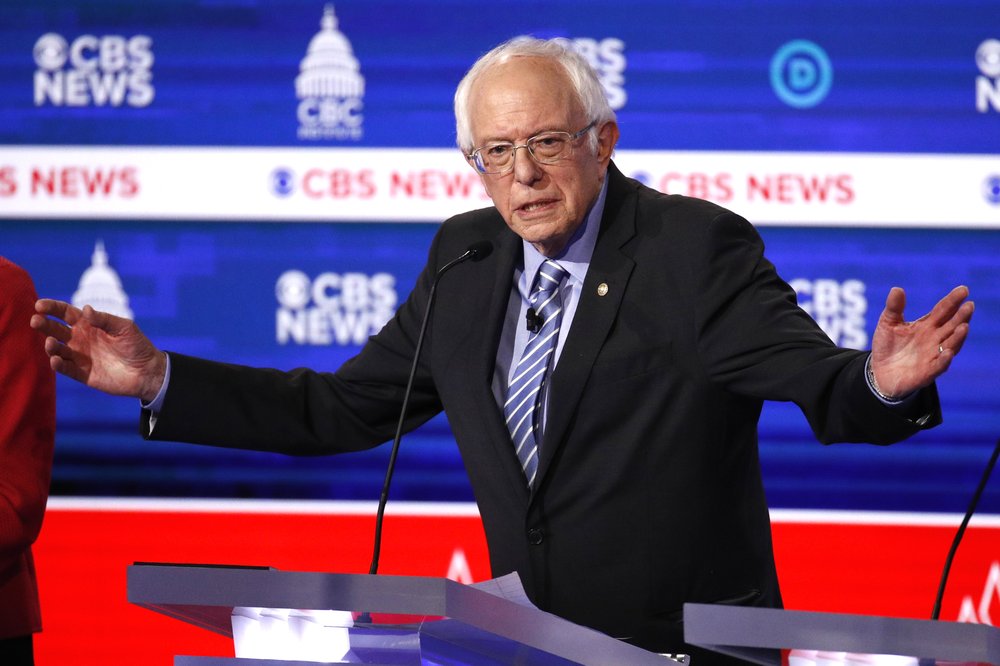 Israel’s foreign minister denounced Democratic front-runner Bernie Sanders on Wednesday for what he called his “horrifying comment” about Jerusalem, saying that those who support Israel would not back Sanders’ presidential candidacy after such remarks.

At a contentious Democratic debate on Tuesday night in South Carolina, Sanders labeled Israeli Prime Minister Benjamin Netanyahu a “reactionary racist” and said he’d consider reversing President Donald Trump’s move of the US Embassy from Tel Aviv to Jerusalem. The move, following Trump’s recognition of Jerusalem as Israel’s capital, outraged the Palestinians and led to a dramatic fallout with the US administration.

In a daring foray into American domestic politics, Israeli Foreign Minister Israel Katz said there was a not a Jew in the world who “hasn’t dreamed of Jerusalem” and Sanders's words were so severe that he had no choice but to retort.

“We don’t intervene in the internal American electoral process, which is splendid,” Katz told Israel’s Army Radio, before noting that Sanders had a long history of attacking Israel and the things most sacred to its identity and national security.

“Naturally, people who support Israel will not support someone who goes against these things,” he added.

Sanders’ comments at the debate came after he recently announced he would skip an appearance before the pro-Israel lobby AIPAC, which he called a “platform for bigotry.”

He’s also called for cutting back American foreign aid to Israel and redirecting it to the Palestinians instead. Sanders, who if elected would become America’s first Jewish president, doubled down Tuesday saying: “What you cannot ignore is the suffering of the Palestinian people.”

Sanders prefaced his remarks by saying he was “very proud of being Jewish,” and noted how he had volunteered in the 1960s on a socialist Israeli kibbutz, where he honed his leftist leanings. But his harsh criticism of modern-day Israeli policies, and embrace of supporters who have called for a boycott Israel, has raised great concerns in the Jewish state about his surging candidacy. Pro-Israel advocates have accused some of Sanders’ prominent supporters of anti-Semitism.

Sanders has firmly established himself in the lead after scoring primary and caucus victories in the first three nominating states: Iowa, New Hampshire, and Nevada.

Yair Lapid, a leading opposition figure who aims to replace Katz as foreign minister after next week’s Israeli election, said in a recent TV interview that he was “very worried” about Sanders’ rise because of his “lack of understanding of our unique situation in the Middle East.”

The majority of American Jews vote Democrat and have been very critical of the Trump presidency.

But in Israel, Trump has been warmly embraced by Netanyahu and his allies, which has contributed to undermining the decades-long traditional bi-partisan support Israel has enjoyed in the United States.

Even so, Trump has remained very popular in Israel for backing it in a hostile region and delivering it a string of diplomatic achievements. Last month, Trump unveiled his much-anticipated Mideast plan to resolve the Israeli-Palestinian conflict. It sided with Israel on most of its core demands and granted its sovereignty over large parts of the West Bank that the Palestinians seek for a future state.

Previously, Trump reversed decades of American foreign policy by recognizing Jerusalem as Israel’s capital and moving its embassy there.

Michael Bloomberg, another Jewish candidate seeking the Democratic nomination, said at Tuesday’s debate that it was too late to reverse the embassy move and people should instead focus on advancing a two-state solution.