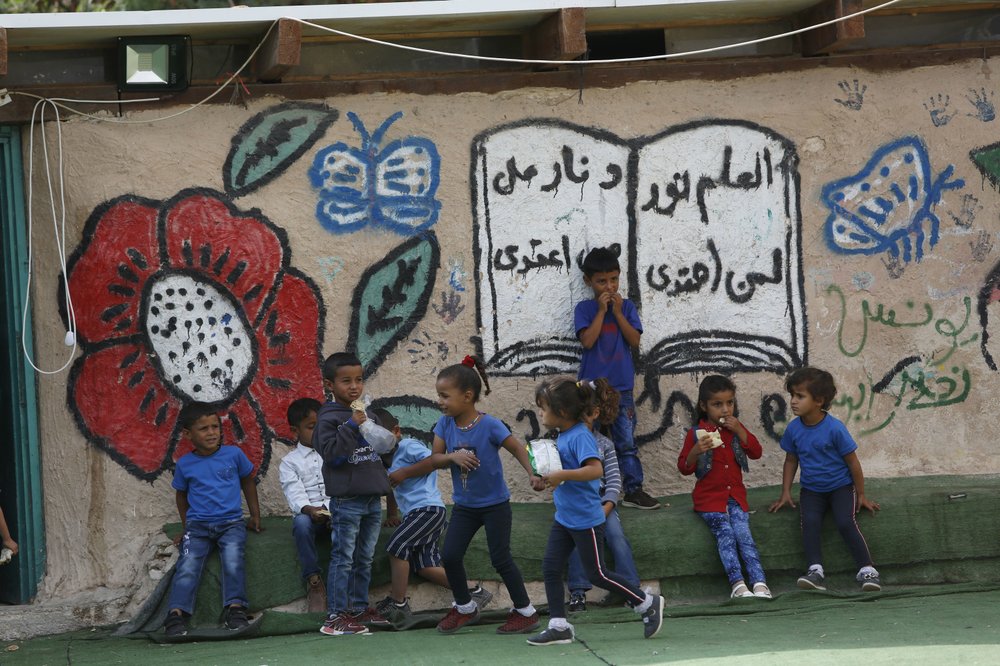 Israeli Prime Minister Benjamin Netanyahu said Sunday he has decided to postpone the planned demolition of a West Bank hamlet to allow time for a negotiated solution with its residents, in a move that appeared aimed at staving off the fierce international condemnation such a demolition would likely entail.

Israel has come under heavy criticism, with major European countries urging it to avoid the demolition of Khan al-Ahmar. The International Criminal Court’s chief prosecutor recently said such a move could constitute a war crime.

Israeli officials said alternative solutions have arrived in recent days from various sources and Netanyahu wanted to give them a chance. That sparked criticism from Netanyahu’s hard-line coalition partners who are demanding decisive action. In response, Netanyahu clarified that the hamlet would be razed, and his delay was not open-ended.

“Khan al-Ahmar will be evacuated, it’s a court ruling, that’s our policy and it will be done,” he said. “I have no intention of postponing this until further notice, contrary to reports, but rather for a short, defined period of time.”

Netanyahu’s Cabinet decided on Sunday to postpone the demolition by “a few weeks” to allow a negotiated settlement.

Israel says the Palestinian Bedouin encampment of corrugated shacks outside an Israeli settlement was illegally built in an unsafe location near a major highway. It has offered to resettle residents a few miles (kilometers) away in what it says are improved conditions — with connections to water, electricity and sewage treatment they currently lack. But critics say it’s impossible for Palestinians to get building permits and that the demolition plan is meant to make room for the expansion of an Israeli settlement.

The encampment of 180 residents has become a rallying cry for Palestinians, who have staged large-scale protests at the site for the past few months. Much of the high-level European engagement derives from concerns that such demolitions could threaten the prospect of a contiguous Palestinian state, at a time of already fading hopes for a two-state solution.

For the Palestinians, it is seen as part of a creeping annexation of territory they seek for a future state.

The village is in the 60 percent of the West Bank known as Area C, which remains under exclusive Israeli control and is home to dozens of Israeli settlements. Israel places restrictions on Palestinian development there and home demolitions are not unusual. As part of interim peace deals in the 1990s, the West Bank was carved up into autonomous and semi-autonomous Palestinian areas, known as Areas A and B, and Area C, which is home to some 400,000 Israeli settlers.

The Palestinians claim all the West Bank and say that Area C, home also to an estimated 150,000 to 200,000 Palestinians, is crucial to their economic development.

Waleed Assaf, who heads the Palestinian department of settlement affairs, welcomed the Israeli announcement but said opposition would continue “until the Israelis completely revoke the demolition order.”

“I think the international pressure, particularly from the EU, and the clear warning from the ICC that the removal of this West Bank hamlet amounts to a war crime prompted the new Israeli decision,” he said.

Israel says the case of Khan al-Ahmar is a simple matter of law and order. Defense Minister Avigdor Lieberman made it clear he favors demolishing the hamlet without delay.

“This is illegal building whose destruction was approved by the Supreme Court,” he tweeted. “In a nation of laws, you enforce the law even if the international community objects and threatens.”