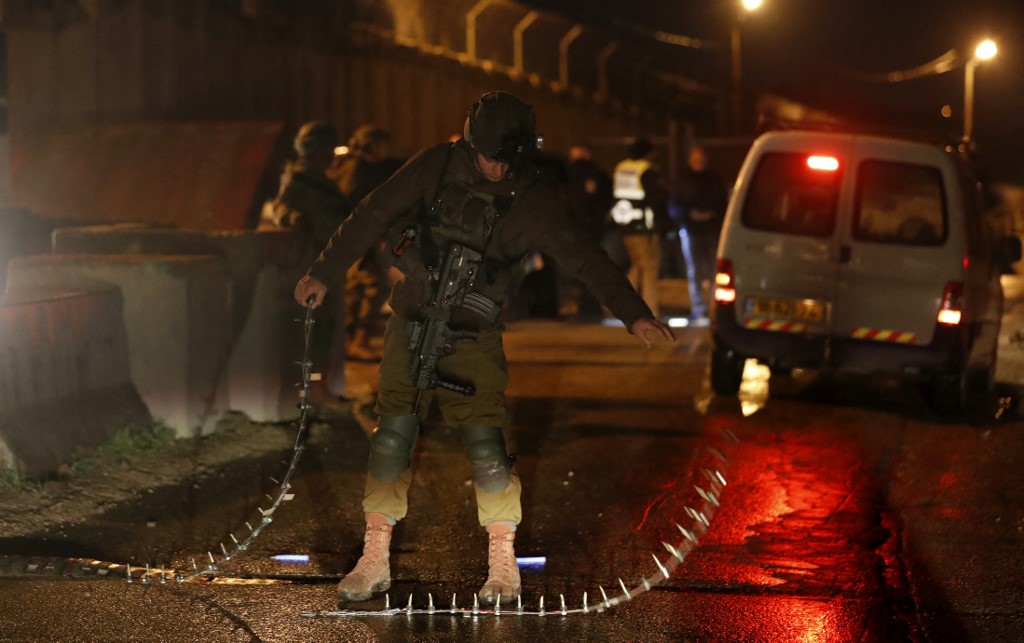 A member of the Israeli security forces blocks a road as others inspect the car in which three Israelis came under gunfire, near a settlement in the ocuupied West Bank, on December 16, 2021. (Photo: AFP)

An Israeli man was killed and two others were wounded in a suspected Palestinian drive-by shooting in the Israeli-occupied West Bank on Thursday night, an Israeli military spokesman said.

The shooting took place outside Homesh, an illegal Jewish outpost, near which "shots were fired at a car," the spokesperson said in a statement.

The assailants fled the scene, prompting a manhunt by the army and the Shin Bet internal security agency.

Israeli troops were searching for suspects, who the spokesman said had fired at the Israelis' car as they were leaving a Jewish seminary in the outpost, north of the Palestinian city of Nablus.