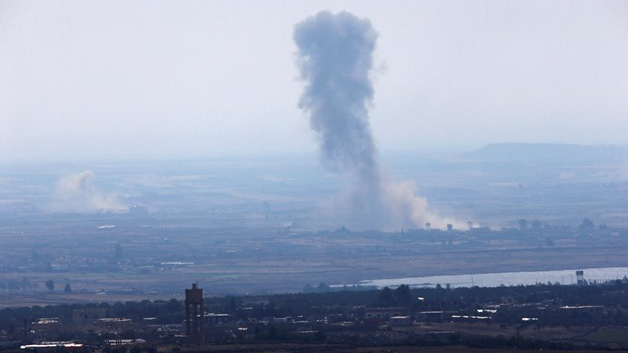 Smoke following the explosions in Syria is seen from the Israeli-occupied Golan Heights near the Israeli-Syrian border, July 19, 2018. (Photo: CGTN)

The Syrian air defenses, however, intercepted a number of missiles targeting the city of Masyaf in the central province of Hama, said SANA.

It said the Israeli missiles targeted four sites in Syria before retreating back into Israel.

According to the Syrian Observatory for Human Rights, the Israeli warplanes targeted the defense factories of the Syrian army in Masyaf in the western countryside of Hama.

This was the latest in a series of Israeli attacks on the military sites in Syria.

Israel has carried out dozens of missile attacks during the Syrian war against what it claims were Iranian positions in the country.