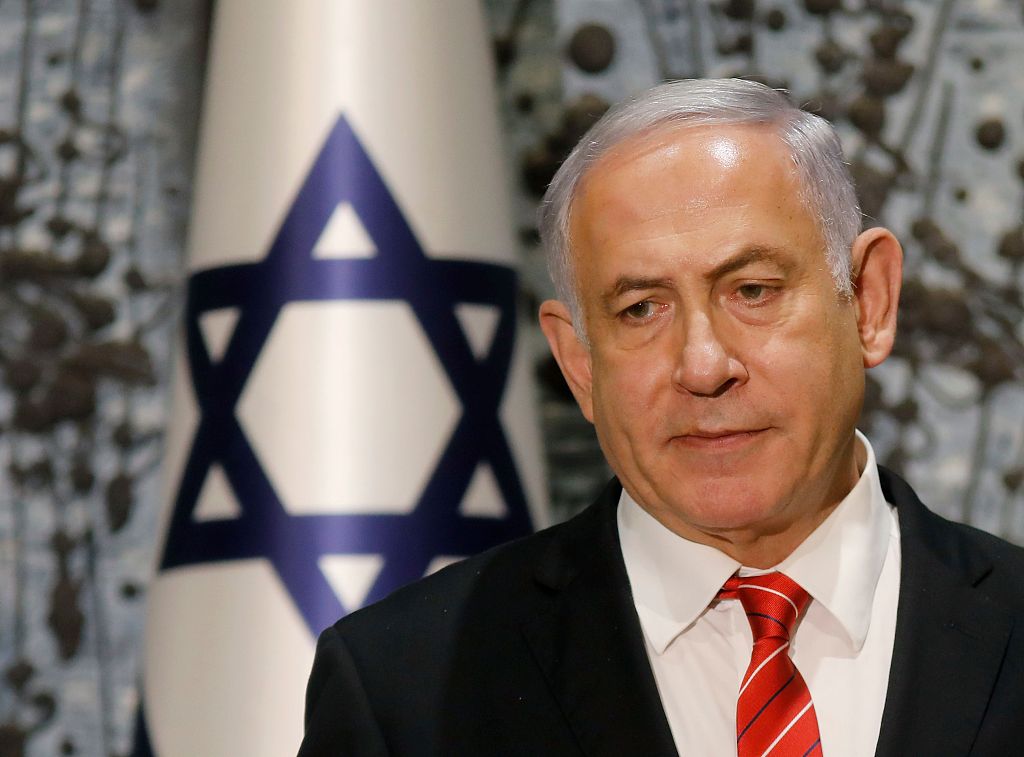 In this file photo taken on September 25, 2019 Israeli Prime Minister Benjamin Netanyahu speaks after being tasked by President Reuven Rivlin (not in frame) with forming a new government, during a press conference in Jerusalem. Netanyahu informed the country's president on October 21, 2019. (Photo: VCG)

"Blue and White is determined to form a liberal unity government led by Benny Gantz," the centrist party said in a statement, referring to a governing coalition without religious parties.

"The time for spins has passed. Now it's time for actions," said the centrist party, which won the largest number of seats in the Sept. 17 elections.

On Monday night, Israeli Prime Minister Benjamin Netanyahu informed President Reuven Rivlin that he was returning the mandate to form a government, two days before his deadline to present a new governing coalition.

Meanwhile, a statement released by Rivlin's office said the President now intends to task Gantz with forming a new government.

Gantz's party won 33 seats in the 120-seat parliament in the do-over elections on Sept. 17, against the 32 seats of Netanyahu's right-wing Likud.

The tight results have brought the country to a political deadlock, with speculation on a third round of elections in less than a year if Gantz also fails.