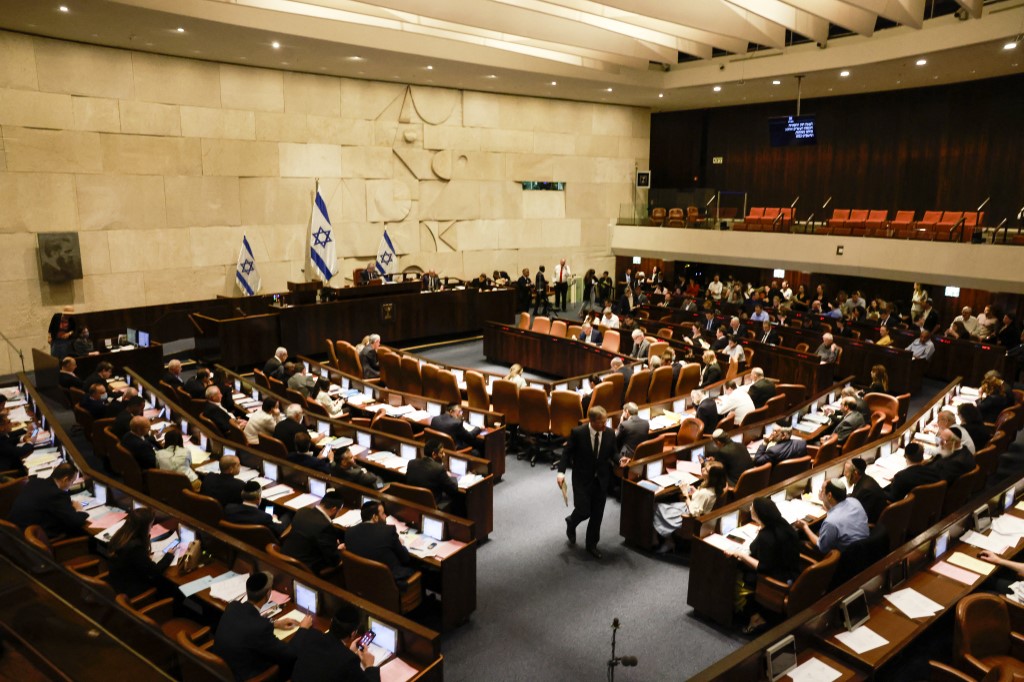 This picture shows a general view of the Israeli Knesset (parliament) during a meeting, in Jerusalem on June 30, 2022. (Photo: AFP)

The 120-member Knesset (parliament) voted 92-0 to dissolve and to hold the next elections on Nov. 1, a parliamentary spokesperson said in a statement.

Bennett is expected to hand power to Foreign Minister Yair Lapid, leader of the centrist Yesh Atid party, under the power-sharing deal they agreed upon following inconclusive elections in 2021.

Lapid will officially become the caretaker prime minister on Friday and will hold the position until the next government is formed.