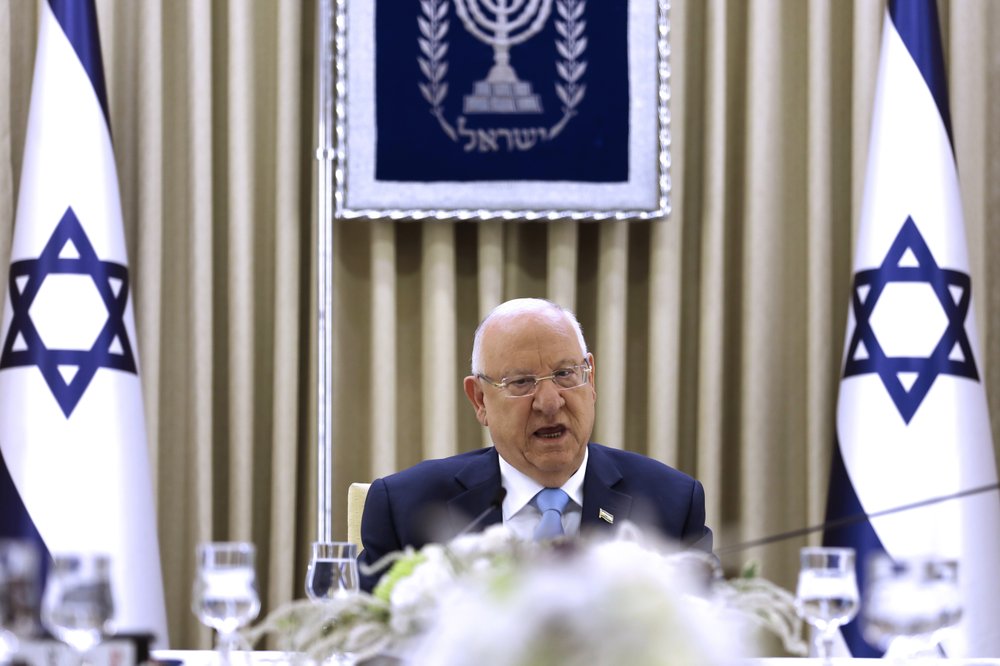 JERUSALEM, Sept. 23 (Xinhua) -- Israel's two main victors of the country's closely-fought elections met on Monday night in a meeting brokered by the president in a bid to overcome a post-election political stalemate.

Under Israeli law, after last week's do-over elections, the president should have appointed as prime minister the candidate he believes has the best chance of forming the next government. But the voting yielded inconclusive results, leading Rivlin to call for a unity government.

"There is one thing the people are largely untied over and that is the desire that there won't be third elections," Rivlin said in a statement earlier on Monday.

In the voting on Tuesday, Blue and White won 33 seats, becoming the largest faction in the parliament. Netanyahu's right-wing Likud party won 31 seats, casting doubts on the ruling of Israel's longest-serving prime minister.

Both parties did not win enough votes to form a majority government in the 120-seat parliament. Rivlin has called for a unity government, but both leaders claim they will lead the new government.