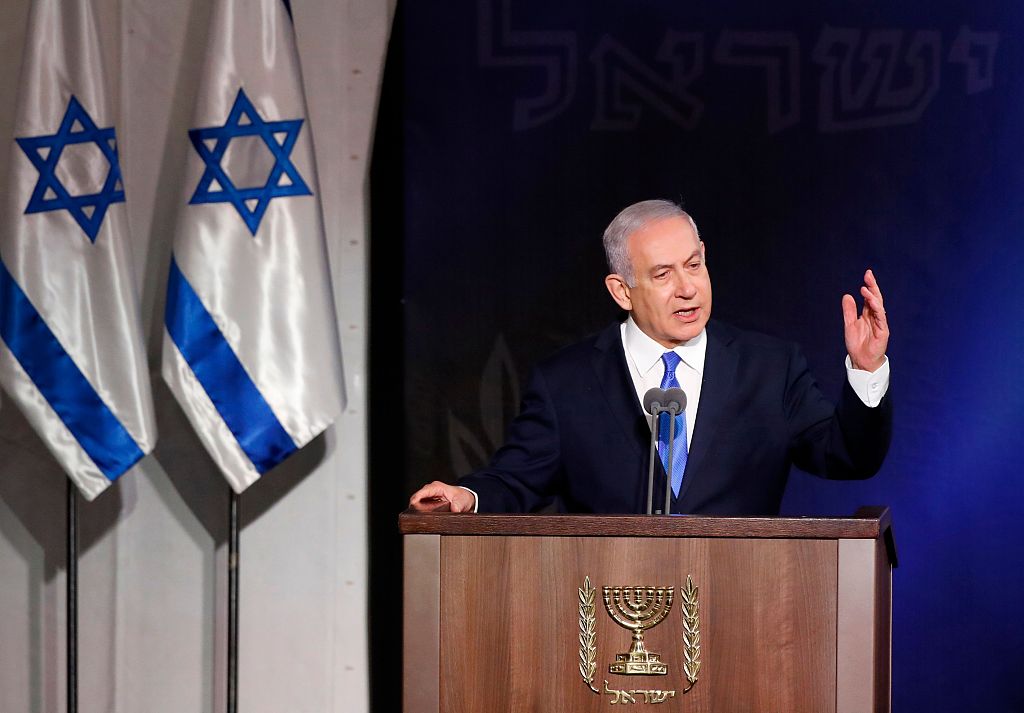 Israeli Prime Minister Benjamin Netanyahu speaks during a handover ceremony for the new Israeli chief of staff on January 15, 2019 at the Defence Ministry in Tel Aviv. (Photo: VCG)

"I am now embarking on another historic and important breakthrough," Netanyahu said in a statement before his departure.

Netanyahu is expected to meet Chadian President Idriss Deby upon his arrival, according to his office.

Netanyahu said the resumption of ties with Chad, a Muslim-majority country, will be followed with new ties with other Muslim countries, but did not elaborate on which countries. "This is part of the revolution we are doing in the Arab and Muslim world," he said.

He said the visit has enraged Iran and the Palestinians, "who are trying to prevent" the visit. "They did not succeed," he said.

The visit follows a similar trip by Deby, who arrived in Jerusalem for a two-day official visit last November. The two leaders held meetings in which they discussed the fight against terrorism and bilateral cooperation in the fields of agriculture, solar energy, and water.

Netanyahu had said he would fly to Chad, where he and Deby "will announce the resumption of diplomatic relations."

Chad and Israel severed their diplomatic relations in 1972.

Most Muslim or Arab countries do not have formal ties with Israel.

Netanyahu praised the warming ties with Chad as an example of how Israel can form relations in Africa and the Middle East regardless of the continuing conflict with the Palestinians.