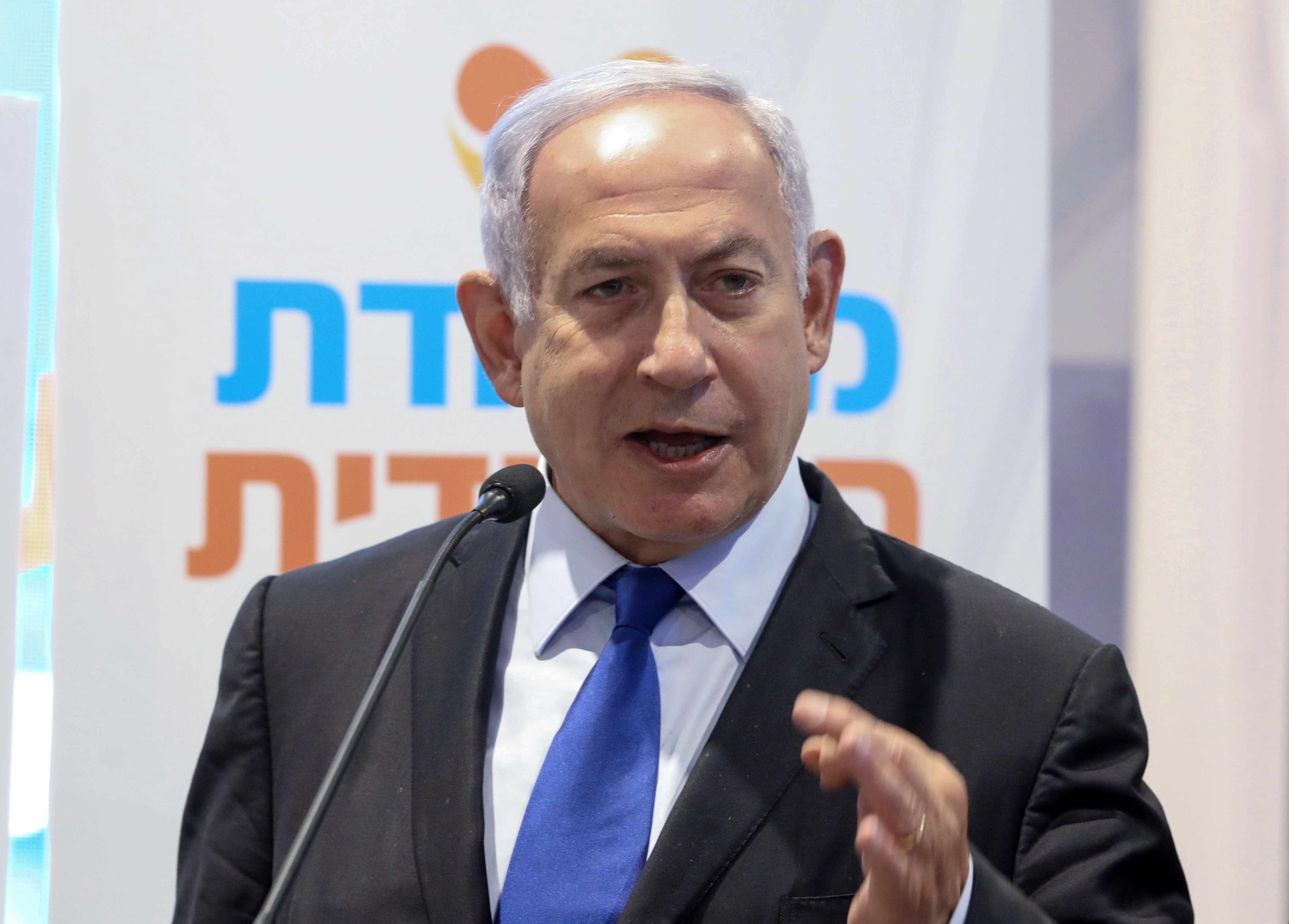 Israeli Prime Minister Benjamin Netanyahu speaks during a visit to the COVID-19 vaccination facility in Jerusalem on January 6, 2021. (Photo: AFP)

JERUSALEM, Feb. 4 (Xinhua) -- Israeli Prime Minister Benjamin Netanyahu said on Thursday that he was postponing his first official visit to the United Arab Emirates and Bahrain due to Israel's COVID-19 lockdown.

"Prime Minister Netanyahu very much appreciates the invitations of Abu Dhabi Crown Prince Sheikh Mohammed bin Zayed Al Nahyan and King of Bahrain Hamad bin Isa Al Khalifa and the historic peace that has been established between our countries," according to a statement issued by Netanyahu's office.

"Despite the importance of the trip... Netanyahu has decided to postpone the visit at this stage due to the closing of the skies," read the statement.

Netanyahu's government has imposed on Jan. 26 a ban on outgoing and incoming flights as part of its fight to stop new coronavirus variants.

On Tuesday, Netanyahu said that he planned to pay a visit next week to Abu Dhabi and possibly to Bahrain.

Israel has signed agreements to normalize its ties with the UAE and Bahrain in 2020. The planned trip was supposed to be the first official visit by a head of state since the new allies forged the deals.