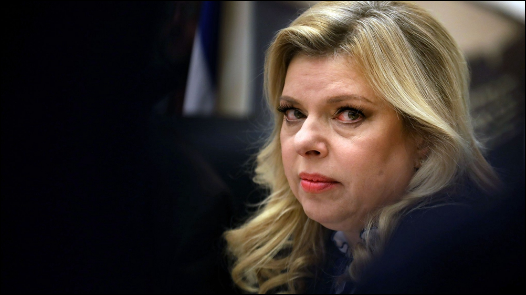 It was the first time the police publicly specified the suspicion against Sara Netanyahu, who was already questioned several times in the high-profile criminal investigation.

The case, dubbed by the police as "Case 4000," involves the first couple and Shaul Elovitch, a businessman and Benjamin Netanyahu's associate.

In return, Elovitch gave the Netanyahus favorable news coverage on the Walla! news site, which he owns, prosecutors said.

However, Sara Netanyahu's lawyers released a statement denying the accusations against her, saying she never took part in any bribery case.

The prime minister, who is entangled in a series of corruption investigations, denies any wrongdoing and calls the investigations part of a "witch hunt" orchestrated by the "leftist" media and his enemies.

In February, police said there was enough evidence to charge Netanyahu with bribery, fraud, and breach of trust in two other cases.