Israeli researchers have discovered a new family of proteins in plants, which may cure the wheat yellow rust disease, the University of Haifa said in a report published Tuesday.It is estimated that this disease, caused by parasitic fungi, affects about 5 million tons of wheat a year worldwide, causing a loss of more than 1 billion U.S. dollars. 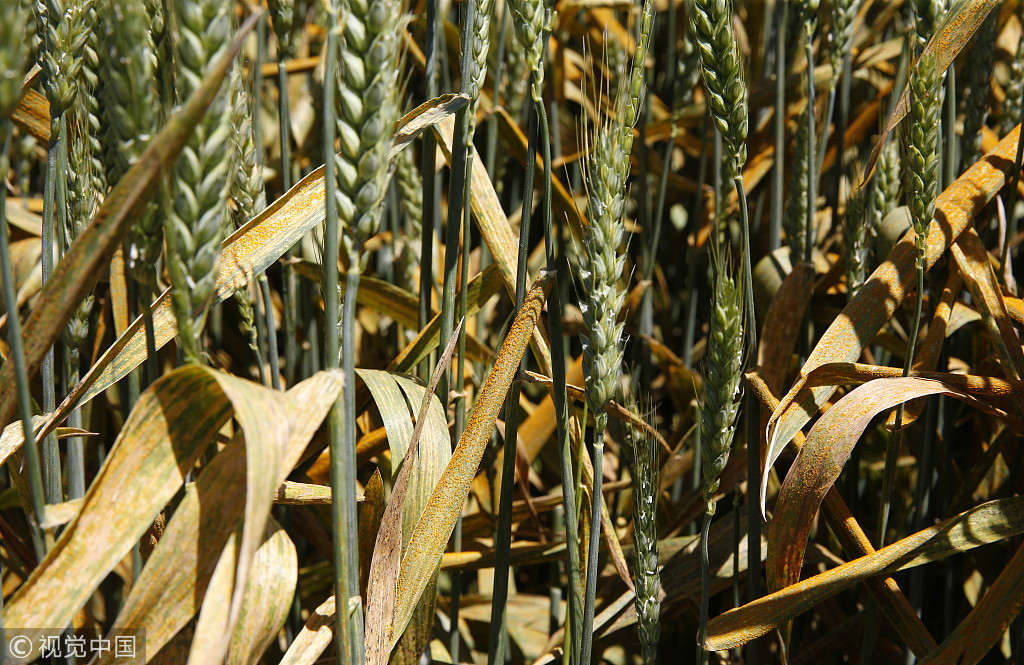 The researchers transferred the "Yr15" gene, which belongs to this protein family and originates from wild wheat, into modern strains of bread wheat and pasta wheat, to withstand the disease.It was found that as soon as the plant is infected by the fungi, the proteins will respond by causing the "suicide" of the infected cells, along with the invader which causes the disease, the report said.The discovery requires precise mapping of the "Yr15" gene to find its location within the giant genome of wheat (five times greater than the human genome) and precise identification of the genetic code that sends the commands against the disease.Once they decipher the gene, the researchers could discover it in almost all food plants.The researchers noted that this is a major breakthrough that opens new possibilities for reducing the damage caused to food crops as part of the struggle to ensure global food supply.The researchers hope the discovery will also lead to the development of wheat strains resistant to destructive diseases.