RAMALLAH, Aug. 6 (Xinhua) -- A Palestinian man was killed and dozens were injured on Friday by Israeli soldiers' gunfire in clashes near the West Bank city of Nablus, the Palestinian health ministry and medics said. 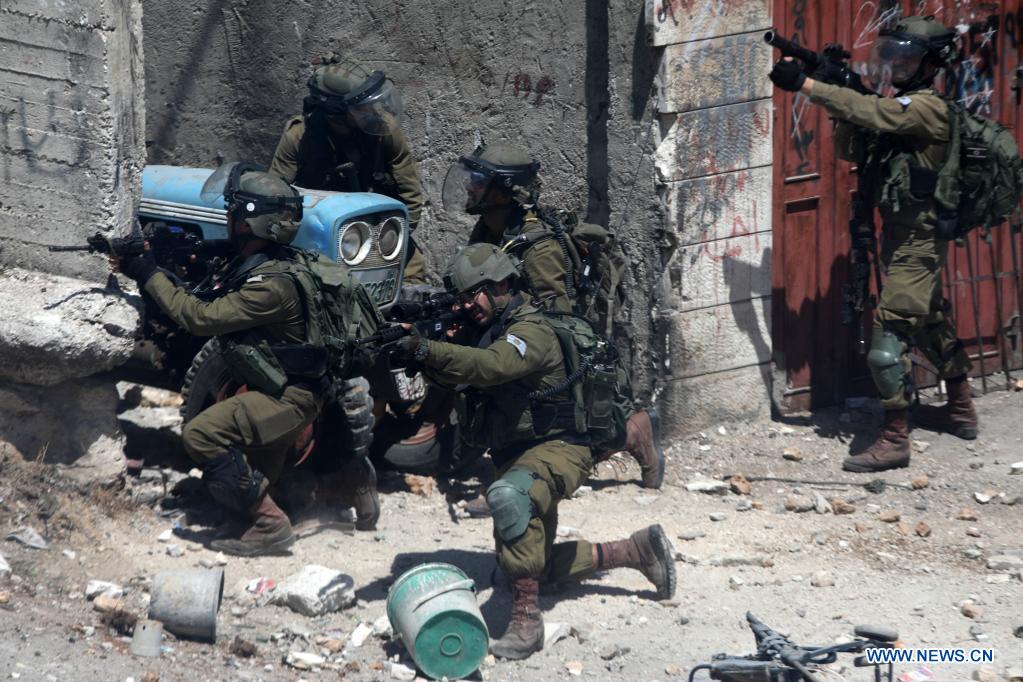 Emad Dweikat, 38, was killed by Israeli soldiers in the village of Beita, the ministry said in a statement.

Meanwhile, the Palestinian Red Crescent Society said 37 Palestinian demonstrators were injured by Israeli soldiers and dozens suffered suffocation from tear gas during the clashes in the village.

There is no immediate Israeli army response to the incidents in the village that has been witnessing daily confrontations with the Israeli soldiers and settlers since May.

The daily protests and clashes in the village broke out in May after Israeli settlers, backed by the Israeli army forces, built up an outpost on a mountain in the vicinity of Beita.

According to the UN Office for the Coordination of Humanitarian Affairs, the total number of settlers' attacks across the West Bank in 2021 has increased by 46 percent compared to the same period in 2020.

Yesh Din, an Israeli human rights organization, reported that 96 percent of investigations made by the Israeli authorities into acts of settlers' violence do not lead to an indictment.